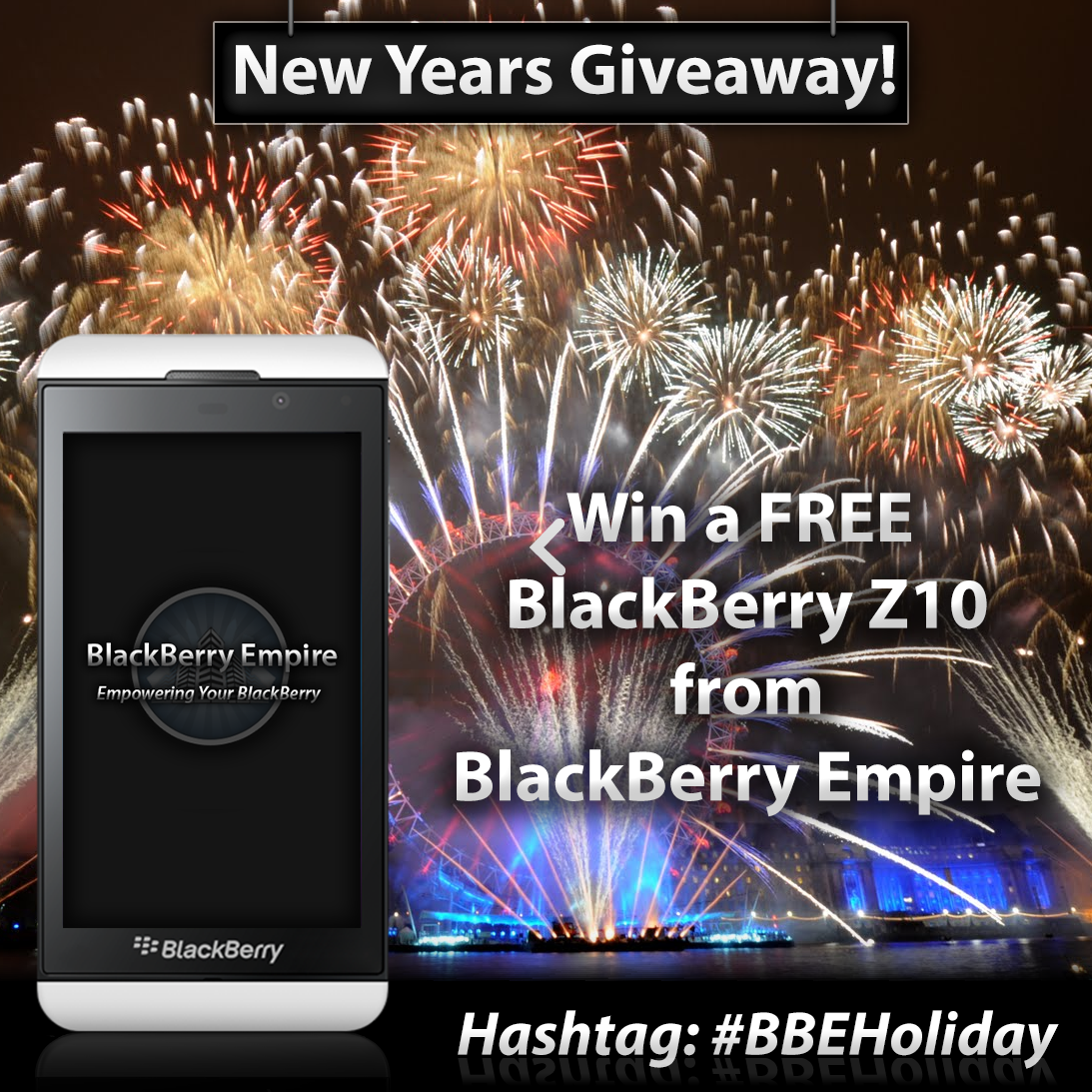 With the great feedback we received on our first #BBEHoliday giveaway involving a Z30 we decided to run a second and give another BlackBerry Empire reader the chance to kick off the new year with a new BlackBerry Z10 STL100-3.  Before the winner is announced I’d like to thank all the participants and BlackBerry for sponsoring this great giveaway. Although critics will say 2013 was a bad year for BlackBerry, we at BlackBerry Empire had a great year in terms of traffic, engagement, and support within the site as well as the BlackBerry platform. At this point we can only hope that under new leadership, BlackBerry can turn itself back into a leader in mobile communication as it once was.  Without further ado, the time has come to announce the winner who will be receiving a brand new BlackBerry z10 STL100-3.

Congratulations… Nick! You have just won yourself a brand new BlackBerry z10. Check your email for details on claiming your prize.

Happy Holidays to all and thank you once again for all of your support throughout the years. We’ve got big plans for 2014 so make sure and keep it locked to BlackBerry Empire for exclusive news, reviews and plenty of great giveaways. #TeamBlackBerry