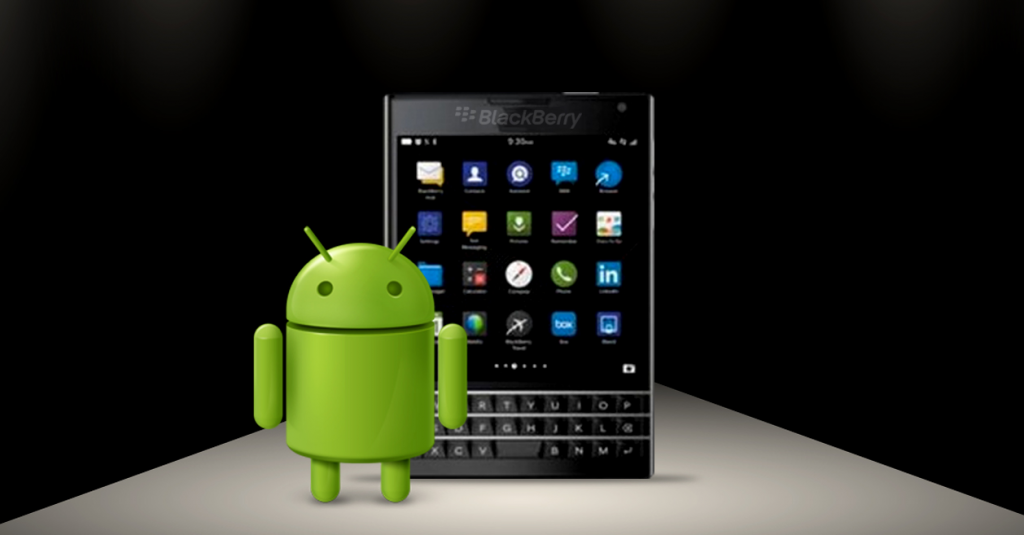 Before I go in to the reasoning behind why anyone would possibly support a migration away from the BlackBerry 10 operating system, one must look at what has been going on in the market around BlackBerry lately.

Despite being successfully “reigned” in by CEO John Chen, BlackBerry is still struggling to convince people it has what it takes to compete. The positives of his turnaround efforts are very clear – cash surplus closer to levels of Balsillie and Lazaridis than ever before, momentum surrounding their efforts in support of the Internet of Things, and enterprise platforms that is gaining more traction by the day as evidenced by the recent 150% jump in software and technology licensing revenue. The negatives are obvious, almost too obvious to state – no longer want to be a player in the hardware business, increased operational cash flow with limited revenue streams, R&D effectively cut in half. The figures speak for themselves.

So by issuing statements indicating a move to an Android based BlackBerry smartphone they are attempting to become relevant again by stirring up excitement and anticipation, maybe even changing the conversation that surrounds the company. The logic behind the move is simple: give the consumers what they know and they will be more open to trying it. People can’t complain about the operating system that runs a new majority of all smartphones on the market, currently. Well they can, but what can they do about it? They’ve effectively given themselves no choice but to homogenize the world of smartphone operating systems. There is an argument against the move and it can be rooted in the fact that the Android market is a very crowded one in which to stand out. BlackBerry is competing against establish players in the Android market including HTC, LG, and Samsung. Not to mention the smaller, off-branded devices found on the lower end consumer market segment. Consumers have clearly voiced their dislike of anything not labeled Android or Apple so it’s not a bad shot at trying to gain some kind of market relevance again, but they must execute this on a level that they have failed to achieve for any one of their products in recent memory.

The real outstanding issue that stands to be seen, in my opinion, (and it’s a big one) is the fact that BlackBerry has been known to underwhelm when it comes to getting the word out or advertising their product. Past advertisements – and I’m talking back to the beginning of time – have been lackluster, vague, and had absolutely NOTHING to do with a phone, features, or capabilities. I am a firm believer in marketing, branding, and brand management. Ask my wife. Compared to the major tech players, BlackBerry has done an absolutely terrible job at building brand loyalty and that is severely understating my position for the sake of common courtesy. And for the sake of length, I won’t touch on how the carriers effectively sabotaged any hope of a comeback by purposely under-educating their sales force and deliberately not displaying BlackBerry phones on the showroom floor. But yea, that happened too!

The uphill climb is evident; they are up against a marketing Goliath in Samsung. A marketing Goliath that knows what the consumer wants to hear and targets those very points precisely – screen size and clarity, camera quality, Kid’s Mode, selfies, and whether the phone is life proof. They don’t talk about the functionality, tools, keyboard, app integration, Internet of Things, scalability, or the like. They don’t need to. They target consumers for what they are, consumers. And in my opinion, Apple is the only player that can throw colors, people, and music up on a screen coupled with their logo in a conscious attempt to create commercials about absolutely NOTHING and experience sales revenue skyrocket as a result.
The way to go about marketing the phone is with the hope that consumers can return to trust the BlackBerry name and eventually adopt a BlackBerry OS device if the company decides to do so. Or at least that’s my thinking behind it. If they fail to communicate how functional the new BlackBerry phone is whilst running the Android operating system, BlackBerry will no longer need an exit strategy as they will have found one with their failed attempt at capturing relevancy yet again.

The biggest nail in the coffin has been all the talk surrounding the lack of app support for the platform. BlackBerry has been beat down over and over because of the lack of developer support. And let’s face it, the critics are right. But by downplaying BlackBerry and with BlackBerry underwhelming consumers with their products, which AREN’T THAT BAD, the media effectively killed the platform beginning with the PlayBook. It makes sense; the market for apps is only profitable if a developer can ensure the time spent developing is going to be worth the effort. Bigger companies might have the resources to pool together to make it happen, but they don’t want to because of simple law of supply and demand; why fulfill a market share that won’t impact the revenue stream beyond a percent or two. It’s simply not worth the headache. We can’t blame them for that.

BlackBerry needs an Android device because BlackBerry makes Android better. Android got one thing right: the open source platform which yielded all the apps. Now imagine an Android device with a BlackBerry virtual keyboard, BlackBerry HUB, swipe gestures, enhanced security, and true multi-tasking ability coupled with the Android apps that are NATIVE to the device. Oh my, that’s sexy. That is the phone that I envision. Not one where I have to possess a moderate-to-advanced level of computer competency in order to add Android apps on to my phone and not even maintain the full app functionality.

It’s a tough pill to swallow, but us BlackBerry faithful want to see BlackBerry work SMART and not HARD because we’ve seen the result of working hard and it has not been beneficial to shareholders, tech loyalists, or BlackBerry fan boys alike. It’s time to envision a world WITH BlackBerry for the foreseeable future. It’s time to show the world what BlackBerry is capable of and I am certain that name will be here to stay because I know for a fact they can make a better phone than the rest if they have the app support that allows them to focus on doing just that. Now let’s hope they can get enough consumers excited about this phone, turn carrier support around, and get that marketing campaign rolling! Let’s Go BlackBerry! Let’s Do This!