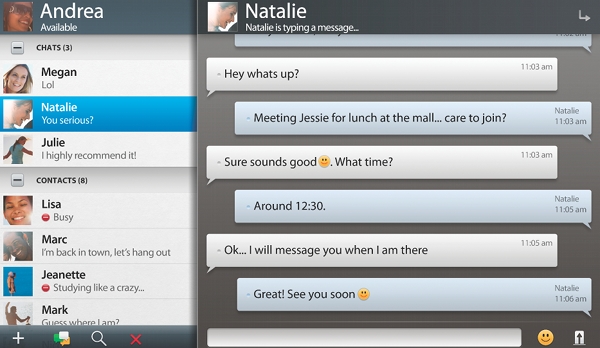 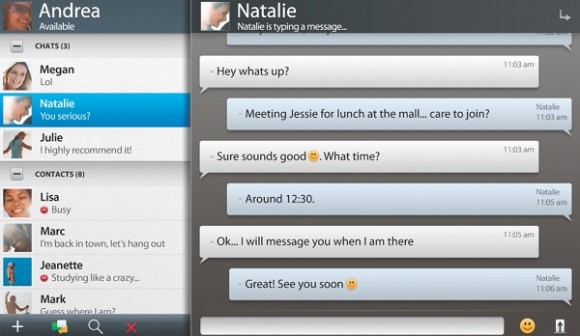 At BlackBerry World, we were told that BlackBerry 10 would be available to us around the fall, heading into the holiday season. Looking back at history, BB World is usually the announcement with the delivery to follow. That said, RIM is going to encounter some bumps in the road until it gets there. We’re not expecting a brand new OS built from the ground up to be perfect but at this point in RIM’s pivotal stage, it has to be as close to perfect as possible.

Before we get to judgement day RIM has to jump some pretty big hurdles such as perfecting its new virtual keyboard, time warp camera, app eco system but more importantly, its biggest hurdle as of now is getting its PIM and BBM to work without any hiccups. As of now PIM works via wi-fi and to be honest its quick but at the same time I’ve encountered some bugs such as some ‘force closes’, crashing and freezing. With this OS, the entire platform does not crash only the application you are running does so closing the app will get you through it. This may be a short fix but will not fly in the long run.

If you’re already a BlackBerry smartphone owner then you can take advantage of the BlackBerry Bridge and enjoy BlackBerry Messenger (BBM) on your PlayBook tablet. Without the Bridge, there is no way to access BBM on the PlayBook, yet. I say yet because RIM has yet to bring native BBM to the PlayBook. Before we see BB10, we must get native BBM to the PlayBook via an OS update so that RIM can use the time and feedback to get all the kinks out. When BB10 is launched, its PIM and BBM must work hand in hand without bugs, lag, or hiccups. This to me has to be one of RIM’s biggest hurdles heading into BB10.

What about you? What do you think are RIM’s biggest hurdles before BB10? Let us know what you think!