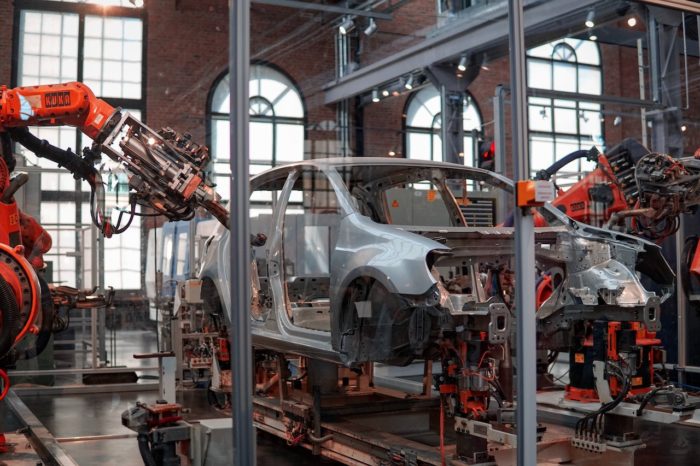 The years between the 1700s and the 1800s marked the pinnacle of human ingenuity. Also known as the industrial revolution, the era saw the invention of countless game-changing products such as weaving machines, steam engines, and the telegraph.

Modern humans have built on the technological successes of past inventors to make even more useful inventions for today’s factories. Here is a look at the top 5 coolest inventions used in modern factories.

Three-dimensional printing (best known as 3-D printing) is a cutting edge technology that has simplified the mass production of goods. The technology has passed its prototyping stage and has already gone to mainstream industries. Many engineering companies, such as General Electric and Boeing, are adopting 3D printing to increase the production of their machine parts.

In 2014 alone, 3D printer sales accounted for one out of three robotic and automation sales. As of 2020, industrial projections put that statistic at 42%. As time goes on, more companies are expected to follow suit. Apart from making it easier to print plastics, 3D printers are beginning to touch on other materials such as ceramics, glass, carbon nanotubes, as well as metals and their alloys.

Although switching to this advanced production technique is often expensive, the investment is worth it. Making the first unit takes time and money, but identical subsequent units can be printed at relatively low costs. Because every unit is constructed independently, you can easily make modifications to a product to correspond with your needs and that of changing industry trends.

This is good news for manufacturers who face challenges achieving continuous improvement goals and increasing productivity. Many companies that invested in Andon systems reported that they were able to reduce their downtime by 10% to 12% and increase their production outputs from 3% to 9%.

Modern scientists have made breakthroughs in the manipulation of light. The discovery can potentially revolutionize the design of biosensors and also pave the way for faster computers running on low energy.

For the first time in scientific history, researchers were able to manipulate light flow in a new concept termed “twistronics.” Under normal circumstances, light rays diffract when they hit objects in their path, but by using a magic angle of 1.1 degrees, the researchers managed to control optical diffraction.

This breakthrough can enable light to propagate at fine-tuned wavelengths, opening new possibilities for photonics and nanotechnology. “We have been intrigued by the emerging discovery of twistronics, and have been wondering if twisted two-dimensional materials may also provide unusual transport properties for light, to benefit photon-based technologies,” remarked Andrea Alu, a leading physicist at the Photonics Initiative.

As this technology continues to advance, factories will be able to become even smarter and enjoy greater advantages from light-based manipulation tools.

Not to be confused with virtual reality, industrial AR includes the use of special eyeglasses, goggles, and smartphone applications to overlay digital scenes onto a worker’s realistic view.

Augmented reality tech produces statistics, performs calculations, and processes information to increase workers’ fields of view about their surroundings. The manufacturing sector is one of the most promising for this technology, due to its use in product development.

Also known simply as wearables, wearable technology includes electronic gadgets that you can wear on your person while working on the production floor.

Wearable devices are hands-free accessories embedded with microprocessors that are programmed to transmit and receive data through the Internet. The fast adoption of this technology owes its successes to the Internet of Things (IoT) revolution.

Over the last couple of years, wearable tech has been applied specifically to produce smart medical devices. Mentions can be made of smartwatches equipped with the ability to detect  Parkinson’s diseases. There’s even talk of smart tattoos equipped with electronic sensors to check your heart and mind activities.

In manufacturing businesses, AR promises to offer several benefits. For example, it can increase the productivity of factory workers, help developers to streamline project designs, and improve overall product quality.

As manufacturers begin to take full advantage of these technologies—especially during these unprecedented times of a global pandemic—they can stay on top of efficiency and achieve continuous improvement like never before.