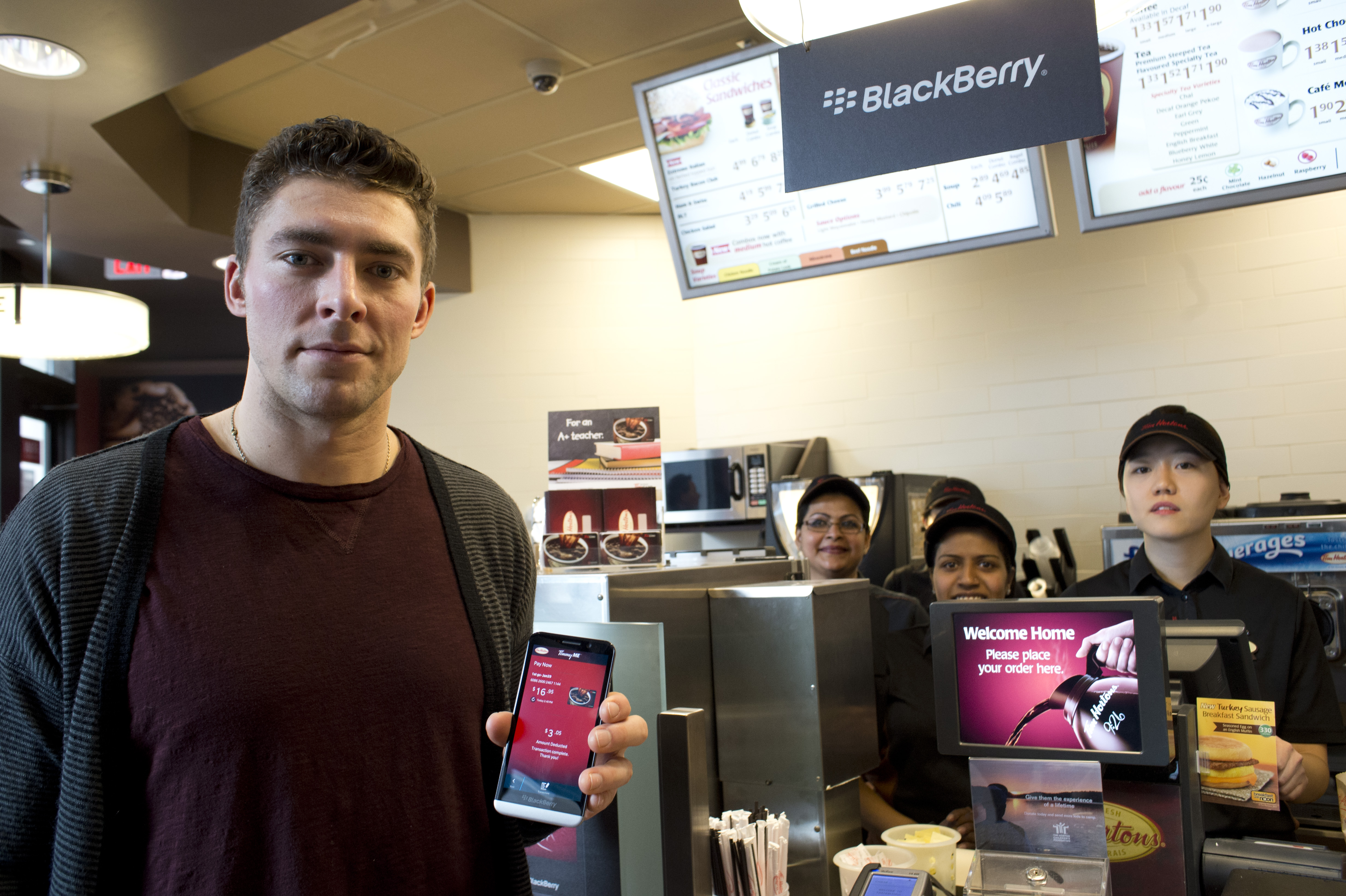 Canadian icon and Toronto Maple Leafs winger & alternate captain, Joffrey Lupul, popped in to a Tim Hortons today to show off the new TimmyMe app for BlackBerry 10 and to show his support for the BlackBerry  platform by buying patrons a coffee using the app compliments of BlackBerry.  We first heard of this partnership back in June of 2013 when Maple Leafs Sports & Entertainment announced BlackBerry would be the Official Mobile Computing Partner of the Toronto Maple Leafs, Toronto Raptors, and Toronto Marlies, enabling the teams to connect with fans and foster real-time engagement experiences by sharing information and updates through new platforms and a BBM Channel. Hit the break for more pictures and information about the event. Last month, BlackBerry and Tim Hortons announced a fast and convenient payment option for BlackBerry 10 smartphones users, who are now able to use their BlackBerrys to complete transactions at participating Tim Hortons across Canada and the United States. By leveraging near field communication (NFC) technology that’s built into every BlackBerry 10 smartphone, guests can simply register a Tim Card on the TimmyMe mobile app and use their BlackBerry 10 smartphone to tap-to-pay to complete their order. This new mobile payment option is unique to BlackBerry 10 customers at this time and is the first such deployment of its kind, anywhere in the world.

This is another great move by Team BlackBerry to become a more visible player in the mobile space. What better way to promote a Canadian phone than with a Canadian coffee chain giving away free coffee and a popular Canadian icon such as Mr. Lupul (in the flesh!). I don’t know how many of our readers are big hockey fans (I know I am), but this has to be a huge deal in Canada. Wish they would do something like this out here.

To download the TimmyMe app and “Pay the easy way”, head on over to BlackBerry World here today!