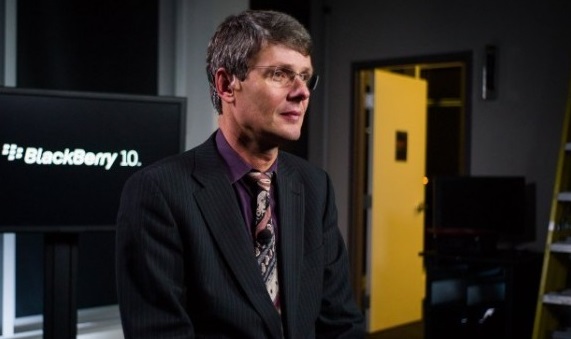 Thorsten Heins, the man of the hour as CEO of BlackBerry between 2012 and 2013, has no regrets about his time at BlackBerry. Thorsten Heins had worked at the company for 7 years including the time he was CEO before John Chen took over.

Speaking with CNET, he remained adamant that he has no regrets about his time at BlackBerry and he wishes current BlackBerry CEO, John Chen, all the best in turning the company around. He specifically said:

I will not judge John Chen and what he’s doing. He’s a very capable manager and CEO. He’s executing on a strategy based on these [platforms] I was talking about. He has to complete the turnaround. He’s working diligently.

I wish them all of the best success. They will have to work to look at where…they go from here. With components they have [in] areas like the Internet of things and secure networking, there is space to go. I wish him the success they deserve.

On having no regrets:

I have no regrets about my seven years at BlackBerry. I had a fantastic time there. And I’m especially proud of the last two years.

When I took over as CEO, it was a tumultuous time. I had to stabilize the company, financials, strategic direction, cost and operations. And I had to do all this while innovating on BB10 [BlackBerry 10], taking BBM [BlackBerry Messenger] cross platform and introducing BES [BlackBerry Enterprise Server] 10.

I was restructuring the company while asking people who remained to run huge programs under huge pressure.

I’ve been proud to lay groundwork to give them the platforms that they can take to market. I think it’s quite an achievement given the circumstances.

Interestingly enough, he also said Powermat (the company he is currently CEO at) and BlackBerry have been in talks way before he was made CEO about wireless charging.

In retrospect, Thorsten Heins had it tough, but he also was the one that gave us BlackBerry 10 and BES 10. He also designed the Passport which we all know to be a great device. He still uses a BlackBerry, more specifically, a P’9982 and has a Passport waiting for him at home. Enjoy it, Thor!