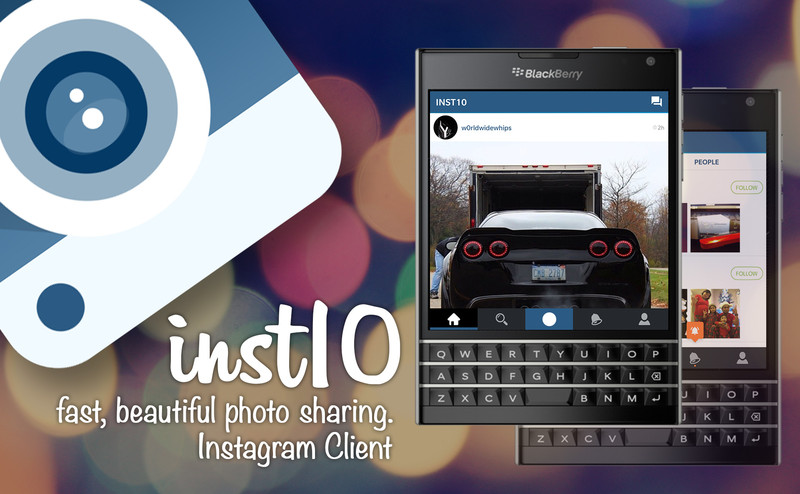 If you have not heard about Instagram, you’re probably living under a rock – or just have not been communicating with others often in real life or over the Internet. If you’re unaware, Instagram is an online social networking website that lets you share photos and videos.

The update brings the application’s version to v2.2.200.1 and contains the following:

In addition, even more fixes and improvements were made to the latest version of the application, all included in the update. It’s highly recommended that you upgraded as soon as possible, as it’s more likely to encounter errors in previous versions of the app.

If you’re the type of person who wishes to be one of the first to use the latest and greatest while bumping into errors and giving feedback to help the developers resolve the problem(s), you may want to consider signing up for Inst10 in the BlackBerry Beta Zone.

If you’re interested in trying out Inst10 on your BlackBerry device, you can find it here at BlackBerry World. Some BlackBerry smartphone users seem to like it more than the official Instagram app for BlackBerry, therefore it’s worth a shot trying since it’s a free download.