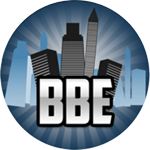 Many of you will read this headline and think I am crazy.  “What do you mean the most important ever?!?!  It doesn’t have native e-mail or Android apps!”  While that is all true and those are going to be pretty big updates, it is the ability to use the bridge for any app in PlayBook OS 1.0.7.2942 that is going to help out the tens of millions of American’s that will be affected by Hurricane #Irene.

In the days (if not weeks) following Irene, millions of people will be without power.  In the world of high speed internet and digital television, power outages can keep people completely out of the loop.  No one owns a hand cranking radio and most people don’t even have enough batteries for their WiiMotes.  People rely on rechargeable battery operated laptops, cellphones, and tablets.  Well, laptops are useless without a functioning router.  Cellphones aren’t good for weather updates (no flash or terrible flash), and most tablets run off of WiFi.  This is where the new PlayBook OS Update comes in handy.  I can now use my PlayBook (without paying $30 a month) to bridge to my BlackBerry Bold 9650 and have full internet access for all my apps!  The PlayBook has had the Bridge Browser since it was released, but for some reason the regular browser works light-years faster than the Bridge Browser, even though it is using the Bridged connection.  I can see my important storm related Twitter updates using BlackBird, I can see how my Yankees are doing using ScoreMobile, and I can keep in touch with my friends and family using the Facebook App.

For most people this bridge feature is a nice idea that they don’t think they would ever use, but for the millions looking Irene in the face, this could be a lifesaving feature that RIM pushed out just in time.

I live a few blocks from the Long Island Sound in Connecticut and I will be seeing massive amounts of flooding and trees falling everywhere around me.  I can only pray that I can avoid any major damage and hope that I won’t need to use my bridge connection for too long.  In the even that I do lose power, I will be able to keep everyone updated on the storm @BBEGreg thanks to RIM and their new PlayBook update.