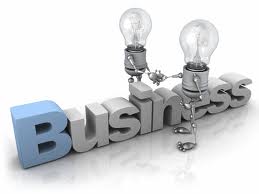 Geeks around the world are excited about a new grocery store called Amazon Go. The online retail giant opened the 1,800 square foot store in its home base of Seattle. Many people are raving about the store’s technology that allows customers to download the Amazon Go app, shop and leave without waiting in a checkout line. The combination of technology in the stores are so unique Amazon filed a patent in 2014. Below are five ways the Amazon Go store can disrupt the food and grocery industry.

Over the years multiple meal preparation companies like Gobble and Blue Apron have struggled to scale their business due to logistical issues. According to USA Today the Amazon Go Store stocks bread, milk, and other perishable grocery items. They also sell pre-made meals and other food kits. When Amazon decides to open more Amazon Go Stores it can partner with other meal preparation companies which will solve their shipping and distribution problems.

2. The Technology Used in Amazon Go Can Prevent Theft

The technology used in the Amazon Go store can also prevent theft. Amazon can identify who enters their store with the help of the Amazon Go app. Their smart technology can also verify the identity of each shopper by facial recognition software to scan their face and compare it to the picture associated with their Amazon account. When a shopper leaves the store with their items, Amazon virtually charges their account.

If other grocery stores adopt similar technology it can dramatically lower the amount of money they lose each year due to theft. A broad surveillance system can monitor and track every customer regardless of where they go inside the store.

The technology can also help prevent people from opening food containers and eating it without paying for the item later. The Amazon Go store has shelves with weighted sensors that can detect how much each item weighs on its shelf. So if a person decided to put a half-eaten food product back on the shelf, Amazon would be able to determine that the product weighs less than it should.

Amazon’s new technology will be a welcome solution to grocery stores that face security issues. It can be a powerful addition when paired with another company that allows business owners and managers to record and document events as evidence in future court hearings. The technology may also reduce or eliminate the need to hire security guards to monitor the store.

Current grocery store owners may not understand what areas of the store get the most foot traffic. Amazon Go uses cellular triangulation to identify places in the store that receive lots of traffic. Computer vision and artificial intelligence can also determine where people look even if they are standing in a crowded space.

If more store owners have the ability to understand which areas of the store are more popular they can improve their store layout and merchandising displays. in they could design their store better and rearrange it to figure out where to put promotions. They can also monitor what they say so it can benefit companies that use Microphones strategically placed around the store can also benefit the store when paired with VoiceBase.

Another way Amazon Go can impact the grocery industry is by allowing them to manage their inventory and cash flow better. The company’s tools allows them to accurately forecast how much inventory to order so they don’t run out. If the manager or business owner miscalculates how much produce or meat to order, it can be disastrous for the store’s bottom line. The data can improve the grocery store’s back office, especially if they use SkyBoss or another field service company.

5. Amazon Go Can Collect Unprecedented Data About Their Grocery Shoppers

Due to their proprietary machine learning, cameras, and artificial intelligence, Amazon Go can collect a large amount of information about their customers. Amazon will know what customers have bought previously, their demographics, and other next-level market research data.

Geeks and other early adopters are excited to try a store that is convenient. Currently the Amazon Go store is only open to Amazon employees in Seattle. According to CNN, Amazon will open the store to the public in 2017.

When Amazon’s technology and tools become commonplace to other grocery stores, owners will have more information about their shoppers. They will be able to see how they move around the store and know their identity due to facial recognition. They can also make future projections about people’s purchases to discover new trends. They can also use the information to study consumers and restructure the store’s layout and merchandising displays.

Many experts agree that Amazon Go may give us a preview of the future of grocery and retail stores. It will be interesting to see how Amazon navigates the grocery store industry. Industry experts already have questions about how the company plans to solve common shopping issues, like what to do when customers put items in the wrong location. Also, some tech enthusiasts wonder how the company plans to charge for items that are sold based on their weight.