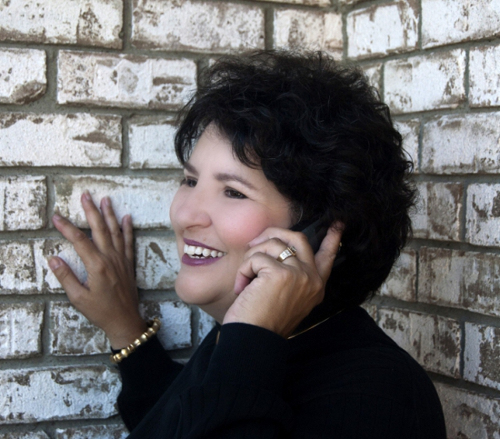 The BlackBerry Blog has released a quick interview with Anita Campbell of Small Business Trends talking about small business communities and the Top 100 SMB Influencers contest. From Attorney to CEO, Anita has quite a story for us. Read more to hear from her

Anita, can you give our readers an overview of what the Top 100 SMB Influencers contest is all about?

The Top 100 Small Business Influencers contest recognizes the companies, people and organizations that support the small business community in the United States and Canada. The requirements to be nominated are that the person, company or organization must have accomplished or produced something that positively impacts a group of small businesses. I am thrilled with the response — so far there have been nearly 400 nominations.

After nominations close, there will be a voting period to choose the Top 100 Small Business Influencers.

How do you think it benefits the small business community to have these SMB Influencers?

A lot is said about small businesses being the lifeblood of the economy and unsung heroes – and that’s true. But the entities and people who make it their missions to serve small businesses sometimes get even less recognition. My partner in this initiative, Ramon Ray of SmallBizTechnology.com, and I thought we should do something about that.

Ramon and I had actually been kicking around this idea for 18 months. We both follow the players in the small business market closely, due to providing the information to small businesses that we do. Initially we were planning to create a list of who we (and a few others) thought were key influencers of the small business market, to recognize them. But then we got to thinking about it, and decided we’d get better results if we allowed the public to nominate. And are we glad we did! We’ve already seen much more diversity in the nominees than if we had tried to create a list on our own. There have been dozens of fascinating nominations. More heads really are better than a few.

Who can nominate a SMB Influencer? When is the deadline to do so?

Anyone can submit a nomination. You don’t even have to register. The deadline to nominate is July 8, 2011, at 11:59 pm Los Angeles time. Our team reviews all nominations to make sure they meet minimum requirements and are complete.

How will the top 100 SMB Influencers be selected? What do they win?

What do they win? Much deserved recognition. We’re planning an awards gala on September 13, 2011 in New York City to honor as many of the top influencers as can attend.

We also have some great stuff we’re giving away – some to the influencers and some to the community helping with the initiative. For instance, we just gave away two of the new BlackBerry® PlayBook™ tablets on Twitter®.

Have you, in your own business, had an experience with an influencer that really made an impact on your outlook or way you approached a challenge?

I have been influenced in hundreds of ways. Consider the technology products we use in my business. We couldn’t have built the business and achieved the success we’ve had, were it not for inexpensive yet powerful technology. We run websites and online communities as a business – I couldn’t imagine doing so without reliable hosting, a dedicated Web design and development team, open source software such as WordPress™, savvy Internet marketers and social media. Behind all of that technology are companies and people with vision – they ultimately made it possible for my business to thrive.

Just imagine if we’d had to launch this initiative in the days before social media such as Twitter and Facebook®. There’s no way we could have built up this level of community support in the space of a month, without social media. We’d have needed a multimillion-dollar TV deal, plus a magazine and newspaper ad campaign to spread the word.

Just because I’m curious – you went from being a lawyer, to being a small business owner. What do you think your biggest challenge was as you made the transition?

Luckily I had a lot of corporate business experience in between. But I’d say the biggest challenge is also the biggest attraction: making decisions everyday that will either make or break my business. Sometimes the decisions weigh heavily – yet I wouldn’t have it any other way. Having the freedom and independence to create a business and see my vision take shape is exhilarating. I may not be sure if a decision will be a huge win or a colossal mistake. Decisions have an element of risk. But I have the profound satisfaction of creating something from nothing – and I love to do that. That makes it all worthwhile.