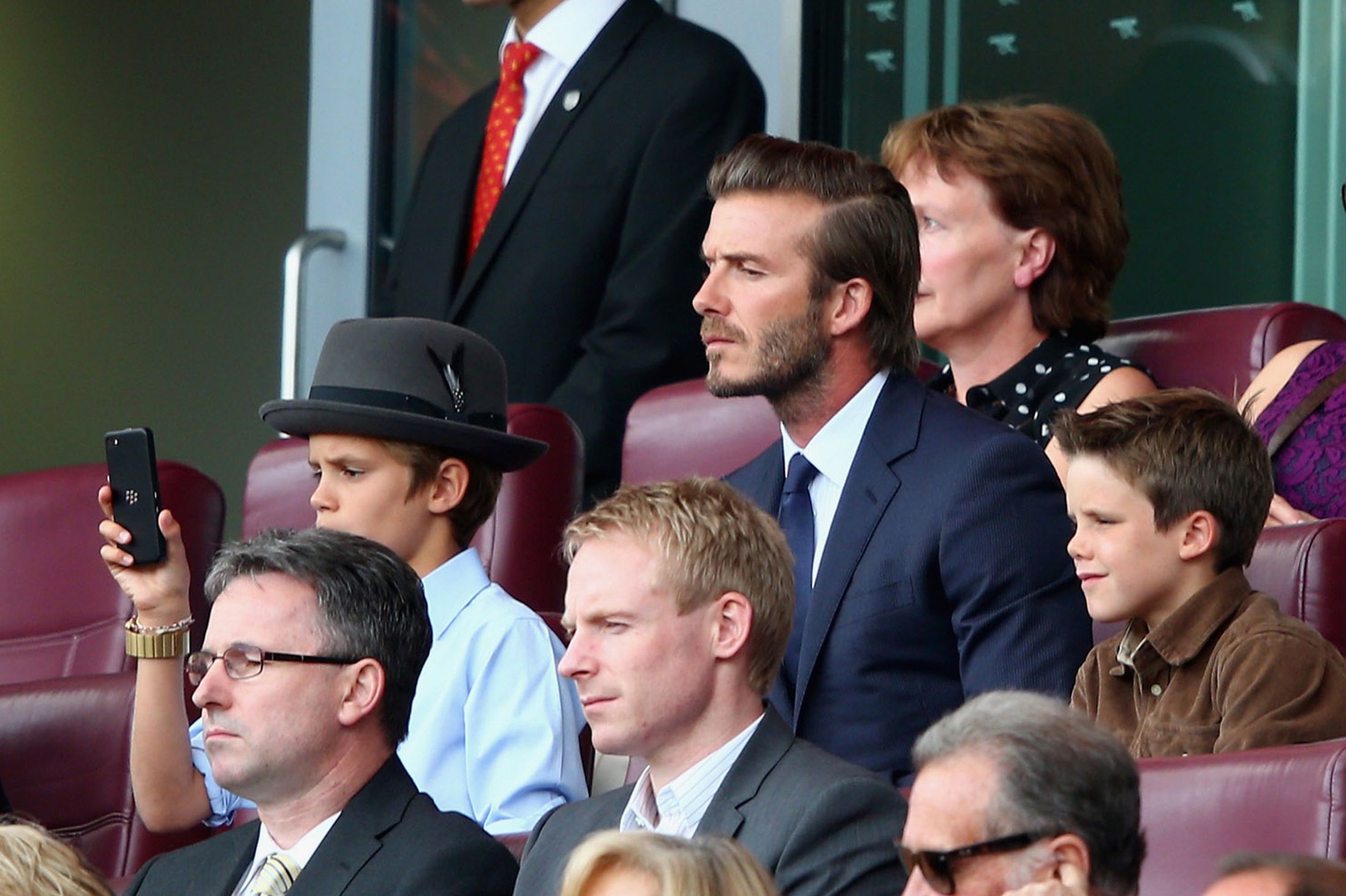 Having turned 11 years of age only yesterday, David Beckham and Romeo along with his siblings, Brooklyn and Cruz were spotted watching the Arsenal vs Tottenham game, enjoying a pretty entertaining game with The Gunners winning the game 1-0, giving Tottenham their first loss of the season. Romeo was probably catching the right moment with BlackBerry 10’s Timeshift feature”

It’s no doubt and pretty much a no brainer that any celebrity of any kind rocking a BlackBerry is nothing more than free and probably one of the best marketing the company can put out. Hopefully, we see more and more of these in the near future.