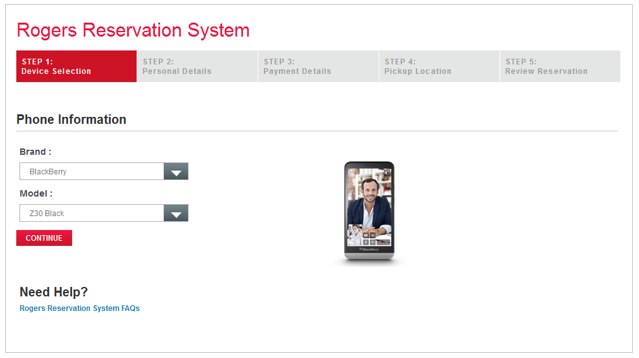 Rogers wireless has begun taking online reservations for the BlackBerry Z30 smartphone device that launched today in Canada. Rogers initially was not going to carry the device, that was until the BlackBerry community spoke up and they reversed that decision.

In an e-mail today Rogers mentioned:

In response to customers’ feedback, we announced last week that Rogers will be offering the new BlackBerry Z30. Today, new and existing customers can now reserve the BlackBerry Z30 smartphone on our Rogers Reservation System. Details on pricing and availability be shared soon.” – MobileSyrup

No word  when it will become available nor the pricing, but be looking to a similar price tag of $700, head on over to the Rogers Reservation System page.