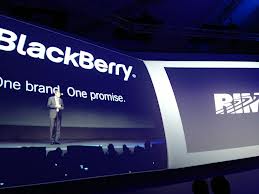 As many of you are aware Research In Motion Limited had let us know during the BlackBerry 10 launch in New York on January 30th that they were changing the company name to BlackBerry Limited, which was well received. Well even though we all have been calling the company BlackBerry it wasn’t actually official until today when it was put up for a vote at the Annual General Meeting (AGM).

With over 99% of the votes in favor of the name change the company is now offically known as BlackBerry Limited and I for one am happy to see this. Be sure to hit up the comments below and let us know your thoughts on how BlackBerry has been doing since the launch of BlackBerry 10. Do you think it’s in better shape now than this time last year?