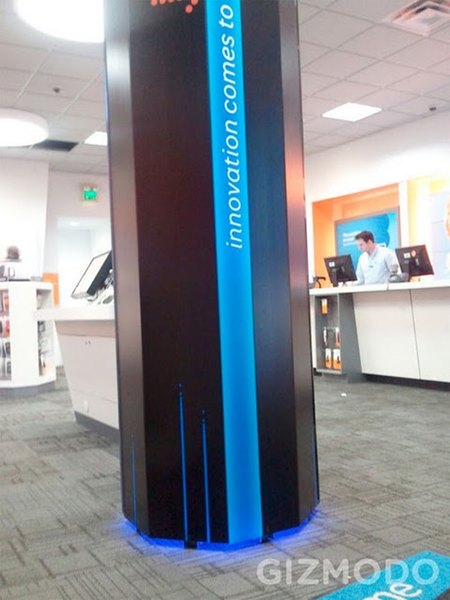 Recently, these strange looking monolith have been popping out around nationwide at AT&T retail stores, including the store down the street from me. Employees tell me they aren’t allowed to look or they could lose their job! Could this be the higly inticipated BlackBerry Bold 9800 or BlackBerry Torch we’ve been hearing about?  None of this will be know until the “Release” date, which is expected to be announced by RIM at a Confrence in NYC next Tuesday. In my opinion, the color scheme of the monolith looks a lot like the color scheme of the invitation sent out to people that were invited to the AT&T conference. I say that this is the BlackBerry Torch Since it has the same color scheme!

Have you seen these monolith? If so,what do you guys think?