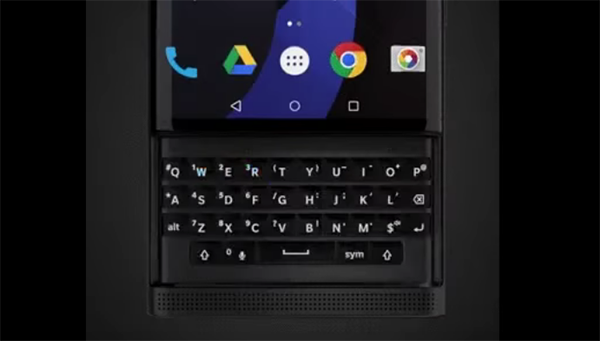 We have all been wondering how the BlackBerry Venice’s sliding keyboard works since it has been revealed by BlackBerry, and Evan Blass has been feeding us information day by day. First the renders surfaced, followed by some poor quality photos (one even showing us a better look at its keyboard) and then another render showing off its physical keyboard. We have yet to see its sliding in action, until today.

Blass has once again posted a message via Twitter, this time of a video showing the BlackBerry Venice’s slider in action. It seems as though the video was supposed to show consumers how the sliding mechanism worked instead of just someone using the device before its launch.

Below you can have a look at the handset’s sliding mechanism in action :

You can read the full tweet below (same media included) :

In addition to the above video, another has been leaked showing a better quality video of the sliding :

If the smartphone hits AT&T, Sprint, T-Mobile and Verizon in November according to Mr. Blass, we’ll finally be able to test out its slider ourselves to see what all the fuss is about, and better yet, find out if it’ll be available with the Android mobile operating system too.