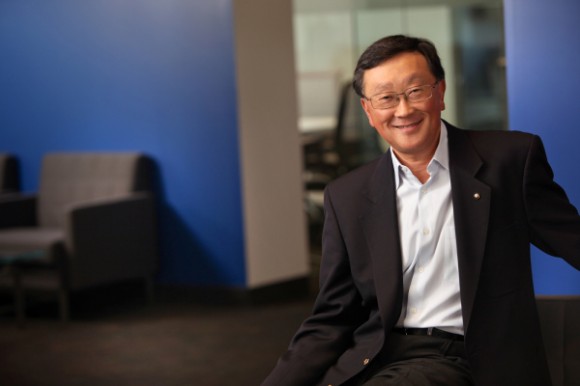 John Chen was appointed interim CEO of BlackBerry back in November, as of today you can scratch the interim off his title as he is now the chief executive officer of BlackBerry.

Mr. Chen made the announcement during a CES roundtable in Las Vegas today where he let people know that BlackBerry is no longer searching for a CEO as for the most part people like what they have seen, the vision, future plans, letters and overall managing of the company.

As we all know that BlackBerry plans to move away from the consumer market, to a degree and focus on its enterprise users with services and software. BlackBerry will continue to create smartphone devices as that will be Foxconn’s part of the companies plan to become profitable by early 2016.

For now, we can expect to see and hear a lot from John Chen as CEO of BlackBerry, no longer an interim.