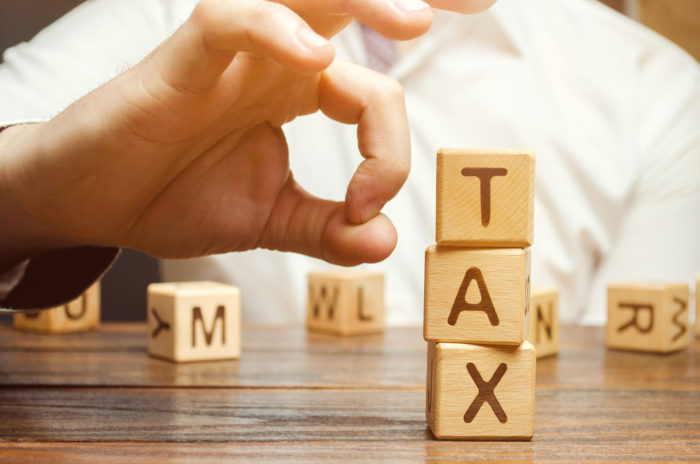 What is sales tax?

Sales tax, in the U.S., is placed on certain goods and services, paid to a governing body for the sales of certain goods and services. This type of tax is generally only collected at the point of sale, collected by the retailer and then passed on to the government. Sales tax is a consumption tax imposed by the government, and a business is liable for sales tax in jurisdictions where it has a nexus.

States with no sales tax

Items vary from state to state

In general, forty five states impose general sales tax on many goods and services. Some states even grant local governments authority to impose additional sales taxes, but in general states are allowed to choose which things they tax and which things are exempt from sales taxes. For instance, some states will not add a tax on prescription drugs, while other states will.

Non-taxable items are just one way taxes between states are so different from each other. Some states exempt items from sales tax completely, or discount the rate of sales tax charged when purchasing an item. This can be great for consumers who want to pay less in order to purchase a product. However, it can wreak havoc in sales tax collection because it becomes harder for businesses to be able to reconfigure sales tax collection for certain items.

Most states don’t tax goods that are considered necessities. Examples of necessities include:

What’s taxed depends on states – they use taxes for items like schools, roads and public safety.

An excise tax is a tax put in place on specific goods and services at purchase, such as alcohol, tobacco and fuel. Most excise taxes are actually put in place for businesses, which can indirectly increase prices for customers. Some items that have excise tax on them include:

A specific type of excise tax – sin tax, is more common for consumers, and is targeted on items such as cigarettes and beer, enough to have a considerable impact and make the customer think twice before buying such things.

A time when there are little or no sales taxes on items are sales tax holidays. These are declared by some states during certain dates in the year, while in other states at times of the year when things like bad weather traditionally occur, to help stimulate the economy.

States will either exempt or reduce sales tax rates during times like this.

When businesses are selling items online, it can be trickier to figure out whether or not to charge sales taxes. The basic rule for online sellers is that your business has to have a nexus in the same state as your customer, and that the product you are selling is taxable in that state. If a business is working in a origin-based state, the item will be charged tax based on where the business is, so if you’re a customer looking at ways to work around sales taxes, that’s a good way to save some money.

TRUiC has useful information on sales taxes and a calculator to help you work out taxes. Read more on their website.