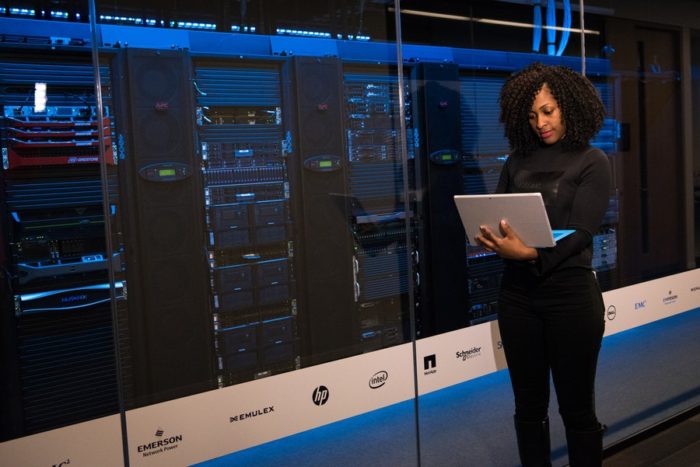 Technically, there’s nothing ‘wrong’ with in-house servers – except for the massive inconvenience when compared to cloud-based technology. For example, basic tasks like file sharing and hosting applications are easier in the cloud because cloud servers can share resources and spin up additional resources on command. With in-house servers, you’re always limited by the power of your individual machines.

The other problem with in-house servers is the cost. If you don’t already have your own servers, don’t buy any until you’ve considered the cloud. The initial investment can be in the tens of thousands of dollars for just a simple setup. Then, you’ll need to hire a dedicated IT manager to set up, secure, monitor, and repair your network.

While in-house servers provide you with absolute control over your machines, they require a significant amount of maintenance and provide little protection during disaster situations.

How cloud-based servers will solve your networking needs

If you’re running your company’s network on in-house servers and are considering a server upgrade, it’s the perfect time to move to the cloud. By moving to a cloud-based network, you can lower your IT costs by up to 67% and get the following benefits:

Cloud technology isn’t perfect yet, but it’s advancing at a rapid pace. For now, one of the main reasons that businesses hesitate to adopt cloud technology is security. Hackers are always looking for vulnerabilities and once they gain access, they can steal quite a bit of data. For instance, in May of 2019, a misconfiguration in an Amazon S3 bucket led to 17,000 compromised domains.

Security is always a risk when storing data on machines outside of your physical control. However, there are measures you can take to protect your data from unauthorized eyes.

End-to-end encryption is the best way to protect data stored in the cloud. By encrypting data in transit to and from your server, and at rest on the hard drive, no unauthorized party will be able to access your data. A dedicated hacker might be able to steal the data, but your data will be unreadable.

End-to-end encryption will cost your business more, but it’s worth the investment to have all the conveniences offered by the cloud. Just being able to access your company’s network from anywhere in the world is an unbeatable benefit of the cloud and is worth paying extra for proper security.

Consider moving to the cloud to save time and eliminate stress

If you’re tired of network downtime, hiccups, and crashes, it’s time to move to the cloud. In as little as a few weeks, you could be resting easy knowing you won’t have to personally deal with the aftermath of another IT disaster. Your data will be accessible from anywhere, it will be safe, and your employees will love their newfound freedom.