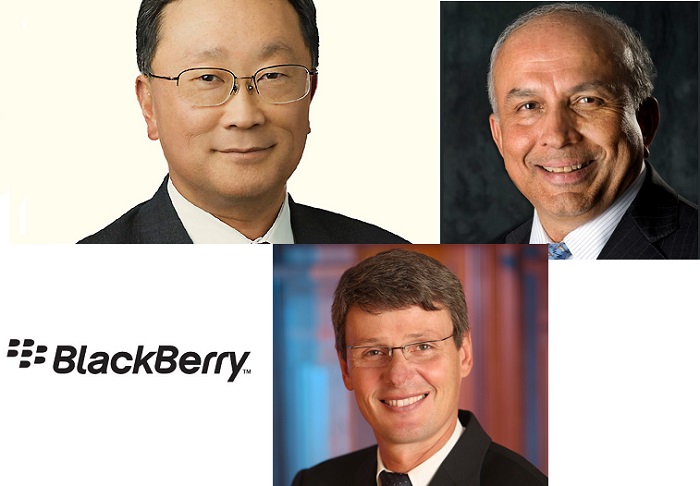 What a week it has been for BlackBerry and we are not even at two full days in. A lot has changed in senior-management, with Thorsten Heins stepping down as CEO, Prem Watsa coming back on the BlackBerry board as lead director and John S. Chen taking over as executive chair and interim CEO for BlackBerry.

Thorsten Heins did indeed take over as CEO of BlackBerry at a very tough period in time for BlackBerry, made some tough decisions, such as axing the BlackBerry PlayBook development, announcing BBM going cross-platform and most noticeably in my opinion cutting costs, not much marketing and a whole lot of layoffs, thousands.

I’ve heard many say he came in and “did what he was supposed to do”, not understanding that whole concept, as far as turning BlackBerry around in the time  he held what most consider the “most difficult job in the tech industry” he was mediocre, neutral. I don’t think we have heard from him since the BlackBerry Reports Second Quarter Fiscal 2014 Results.

What he did do well. Set himself up for a great payout upon departure. We reported a while back that Thorsten Heins was scheduled to make an estimated $55.6 million if BlackBerry would of sold and he was terminated as CEO, while those numbers are about double the actual amount he will be receiving , a recent filing shows the amount of approximately $22 million he is scheduled to cash in on, as the company did not sell so he will be receiving the “smaller package”, being $22 million.

John S. Chen, interim CEO quoted as saying “I have done this before and seen the same movie before.” – Reuters. This is no lie. He was put in a similar position in 1998 and engineered a turnaround at Sybase, a software company now owned by SAP AG, who was on its way to its death, going on a downward spiral, he made it profitable, again. While Mr. Chen does have turnaround experience, this may be a different type of ship, with different challenges. First thoughts, he seems like a good fit, lets see when and if he gets that interim tag knocked out of his title.

A fear many consumers had was: Will BlackBerry stop making smartphone devices. One of the first statements interim CEO, Mr. Chen came out and said, that was not happening. A little sign of relief for all BlackBerry enthusiasts.

As far a turnaround goes, Prem Watsa who has been heavily involved in investing in BlackBerry has stated he sees a turnaround time of about a year and a half till BlackBerry starts being profitable again or more stabilized, so expect the next few quarter reports, to be losses. While Prem Watsa once came out and said he thinks BlackBerry shares are worth $40 a share, he seems to have backed up that statement with these type of investments.

What is next for BlackBerry? The decisions made by senior management going forward, changing the culture how BlackBerry operates, markets and what BlackBerry is known most for, delays, will pretty much predict how fast they will move forward or backwards. Change is needed.