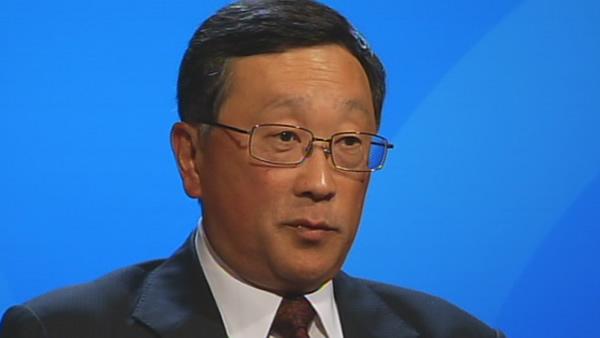 We know who Prem Watsa is, but who exactly is John S. Chen, the interim CEO of BlackBerry. John Chen previously served as the chairman and CEO of Sybase Inc., beginning in 1998. Under Mr. Chen’s leadership, Sybase was transformed from a mature technology company into a high-growth enterprise data management, data warehousing, mobility management and analytics innovator that was acquired by SAP AG in 2010.

At Sybase, Mr. Chen introduced the concept of the “Unwired Enterprise”, extending enterprise applications to mobile users. Prior to Sybase, Mr. Chen held a series of executive positions at Siemens AG, Pyramid Technology Corp., and Burroughs Corp. He started his career as a design engineer with Unisys Corp. Mr. Chen is currently a director of Wells Fargo & Company and The Walt Disney Company.

More about John Chen via Forbes and Wikipedia.