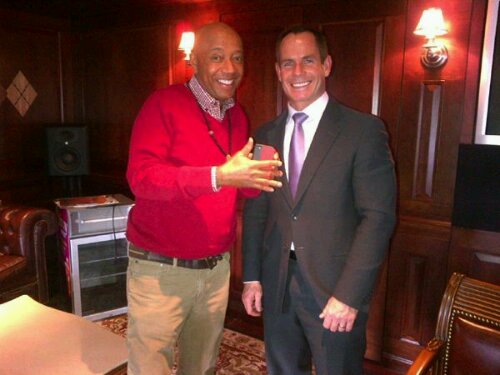 Frank Boulben took the job as Chief Marketing Officer at RIM, earlier this year, arguably a job many would have turned down. Instead he saw it as an opportunity to participate “in what could be the greatest comeback in tech history” and here is how he defines BlackBerry People as RIM’s key target for the upcoming rebranded OS – BlackBerry 10.Remember all the BlackBerry 10 leaks popping up on the internet? While some say its RIM’s failure on privacy Frank Boulben says

We want to show more than tell

RIM has been dropping bread crumbs prior to the launch, putting it in the hands of influencers and encouraging them to talk about it and share their experiences with others. The idea is to target sportsmen, public figures, entertainers etc to show them so that they speak and spread the word to their circles of influence. One example being Russell Simmons who after a face to face meeting and preview of the BlackBerry 10 tweeted “Oh sh.. Had great meeting w/ senior blackberry guys They are back! January 30th. Can’t really show u .”

This group of people ranges from busy executives to hyperactive teenagers. BlackBerry rebranded their OS and has been testing and refining it since the launch of the PlayBook, a lot of time and effort has been put into BlackBerry 10 with the vision of rebuilding a crumbling brand and introducing the next generation of mobile computing. Now the question is, are you one of the BlackBerry People?