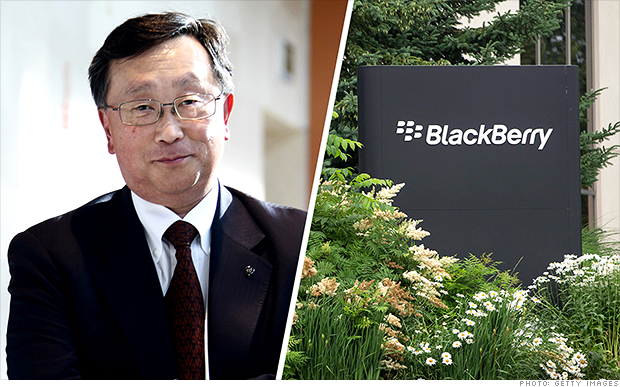 BlackBerry CEO John Chen was awarded 2nd place in CNN Money’s Top CEO of 2014. Dubbing John Chen as “The Comeback Kid” or as I’d like to call him, “Superman Chen”

In first place was Apple’s CEO Tim Cook. Whilst I think we all would have preferred for John Chen to be number 1, everyone, including CNN, acknowledged and praised John Chen’s efforts and achievements in turning BlackBerry around so far. It’s no surprise BlackBerry was in deep trouble last year, the stock was taking a beating (going down as low at $5.xx, now the 52 week low is $6.98), the future, in retrospect, looked very grim for the company. Today, the stock has been up 35% this year alone and was (at one point during this year) the top technology stock. There’s still work to be done and this type of efforts will not happen overnight, something Wall Street have only just begun to realise.

BlackBerry (BBRY, Tech30) is not dead. And CEO John Chen deserves a lot of credit for that.

Chen stopped the bleeding at the Canadian tech giant. He’s focused more on software and is not trying to win smartphone market share from fickle consumers at all costs.

Shares have surged 35% in 2014 and investors are no longer worried that the company will go under or that it needs to be taken over to survive.

John Chen has undoubtedly done a fantastic job and I have no doubt he’ll be someplace on this list (#1!) next year BlackBerry Empire congratulates you, Superman Chen!