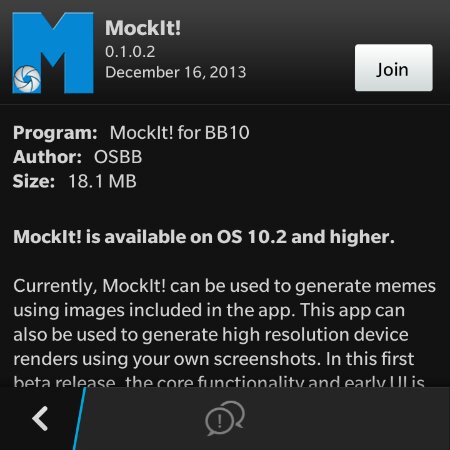 Here are some of the features that will be added in future releases:

For those of you that may not know what a meme is (cuz I had no idea) here’s the definition that I found in a Google Search.

A meme can be considered a mimicked theme, including simple phrases or gestures. An Internet meme may take the form of an image, hyperlink, video, picture, website, or hashtag. It may be just a word or phrase, including an intentional misspelling. These small movements tend to spread from person to person via social networks, blogs, direct email, or news sources. They may relate to various existing Internet cultures or subcultures, often created or spread on sites such as 4chan, Reddit and numerous others. Fads and sensations tend to grow rapidly on the Internet, because the instant communication facilitates word-of-mouth transmission.

Don’t forget you can now use the Beta Zone app to join this program or do it the old fashion way and visit the BlackBerry Beta Zone site.