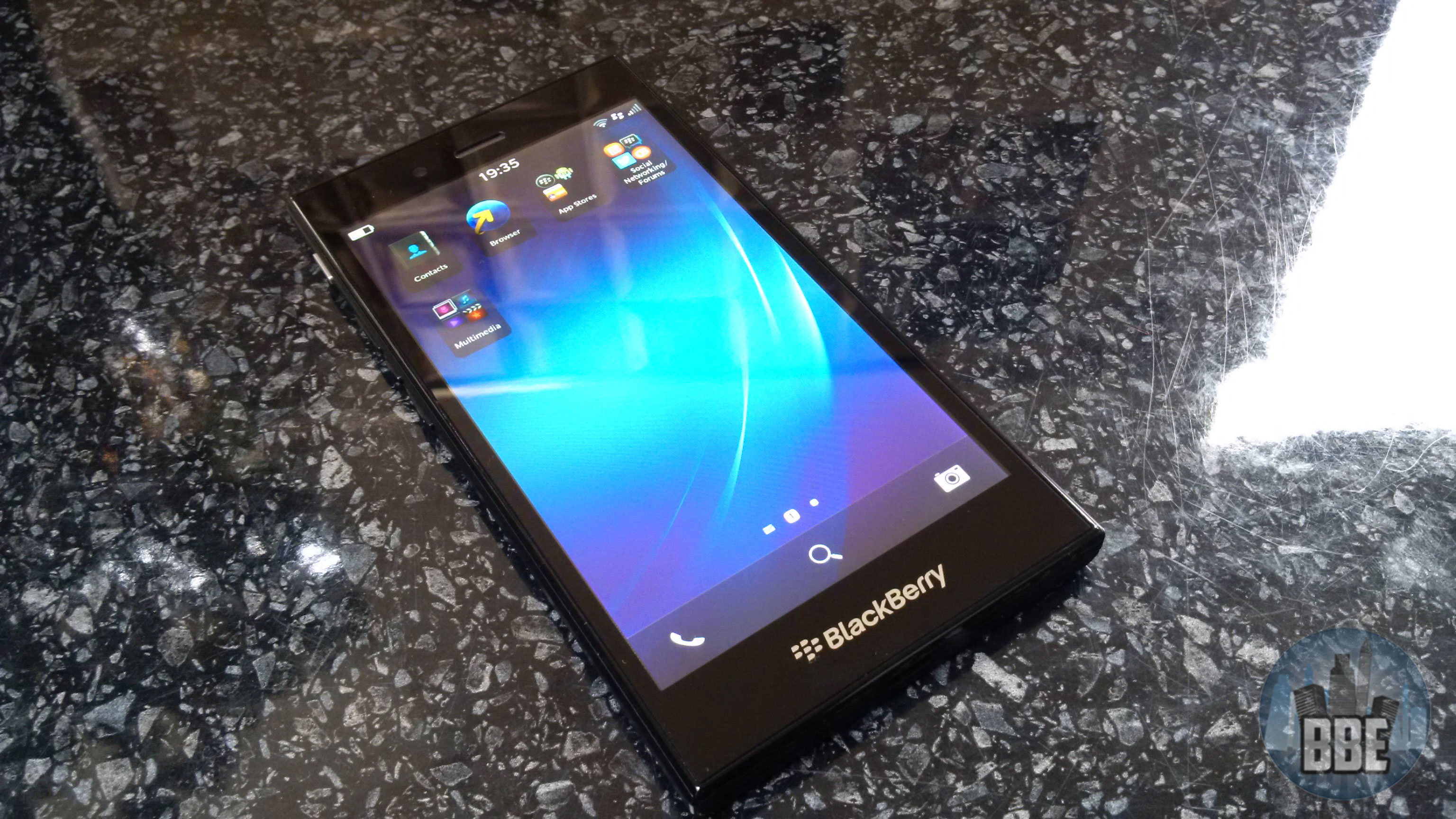 The BlackBerry Z3 was announced in February at MWC 2014 and released a couple of months later. The device was specifically released in Indonesia first, followed by a number of countries later on, all within the Asian continent. For the past week, I’ve had the privilege to use and review the BlackBerry Z3. In this review, I will discuss and evaluate the product’s pros and cons for BlackBerry’s first, true budget friendly BlackBerry 10 device.

Just a quick recap before dwelling into the current day..

When BlackBerry 10 launched, pretty much all BlackBerry fans and smartphone enthusiasts expected a number of BB10 devices to hit the market with the prices ranging from low-end to high-end. When Thorsten Heins, former CEO of BlackBerry announced the Q5, the allegedly budget friendly BlackBerry 10 smartphone, people raised legitimate concerns over the pricing (USD $500+, GBP 350+) thus resulting in poor sales of that device.

Now, in 2014, after the debacle of the company evaluating all strategic financial options (including sale of the company, not only), current CEO John Chen struck up a deal with Foxconn in which gave Foxconn the responsibility to manufacture and assemble the rest of BlackBerry devices to come.

The BlackBerry Z3 features mostly everything you would expect from today’s budget smartphone. The hardware consists of a Qualcomm Snapdragon 400 dual-core 1.2 GHz, 1.5GB RAM, a 5” 540×960 LCD screen (220PPI), 5MP rear camera, 1.1MP front camera with 3G/HSPDA connectivity alongside a 2500mAh battery. The specs on the Z3 are mostly acceptable and not at all interfering with a good smartphone experience. If you’re a fan of connecting your device via HDMI or even use NFC, you might be disappointed since neither feature is available on the Z3. However, Miracast has been thrown in for good measure.

The form factor has been one of the best things I’ve enjoyed whilst using the Z3. I really liked the back casing which is a lot like the Z10. The back casing is non-removable which also means the battery is non-removable. The flatness of the device feels really good in the hands. The power button including the volume rockers are all placed on the left hand side which I found strange, considering every other BlackBerry 10 device has had the power button on top with the rockers on the right hand side. The sim card slot along with the SD card slot (support up to 64GB) gives the user some leeway with managing pictures, music and more. The flimsy slot feels as if it’s ready to break any second, but this is minor nit-picking and you pretty much get over it within the first hour. The device does not scream “cheap” whatsoever but rather sophistication at best instead.

BlackBerry 10 features the cool, timeshift camera which allows the user to adjust the picture (particularly the people’s facial expressions) should they have failed to miss the perfect shot. The Timeshift camera has been a much appreciated factor in one of BlackBerry 10’s unique selling point and this continues with the BlackBerry Z3. Whilst the camera is only 5MP, users should not have a big problem with taking pretty, bright scenery shots. The 1.1MP isn’t anything to boast about, but with the right lighting, you can get away with taking a selfie or two.

Every budget friendly smartphone sacrifices one or two things that differentiates the low-end and high-end. With the Z3, the sacrifice was the screen resolution. The Z3 comes with a 540×900 5” LCD screen with 220PPI (pixel density) whilst this isn’t exactly HD per say, this isn’t the best thing about the Z3, unfortunately. I wasn’t a big fan of the scaling down of pixels when it came to the OS and the icons and I could definitely see the difference between the Z3 screen and Z30/10

The BlackBerry Z3 comes with OS 10.2.1 (10.2.1.32xx) loaded. In hindsight, I believe 10.2.1, in particular, did BlackBerry 10 a big favour in terms of just how smooth the software runs on low end specs. I can’t imagine 10.0 running well on the Z3 or even 10.1 for that matter. Everything you can expect from BlackBerry 10 including the Hub, Timeshift camera, predictive keyboard and browser is all present on the BlackBerry Z3. With the Z3 only packing 1.5GB of RAM, only 4 applications can be simultaneously opened in an Active Frame instead of the 8. The Z3 will receive 10.3.1 sometime towards November so having the latest software is not a worry including being able to run 8 Active Frames on 10.3.

The BlackBerry Hub, the all in one central location to view, read, delete and ignore messages from any app that’s installed on your device. It’s hard to imagine life without the Hub and I can only say once you’ve experienced the Hub, it’s hard to go back to anything else. The BlackBerry Z3 allows users to experience the BlackBerry Hub without a hitch and especially with OS 10.2.1, viewing and accessing messages has never been better with instant previews and actionable notifications.

New users picking up this device will find themselves with over 130.000 BlackBerry 10 apps directly accessible from BlackBerry World. The number of apps that are BlackBerry 10 natives compared to the number of Android ports is debatable, but all your day to day, important applications are all there, including Facebook, Twitter, WhatsApp, LinkedIn. For the most part, I’ve not had a problem in keeping up to date with news, or checking my Instagram feed and checking my stock portfolio – whilst BlackBerry 10 has had trouble with gaining developer interest, that hasn’t stopped a number dedicated developers to develop third party native apps such as Snap2Chat (Snapchat client), iGrann (Instagram client), Whine (Vine client), Reddit2Motion (Reddit client) All these apps work wonderfully and fit nicely on the 5” screen, so screen estate isn’t an issue here, unlike the Q10/Q5.

It’s absolutely worth mentioning that 10.2.1 (more so BlackBerry 10 as a whole) can run Android apps directly from the phone, without any USB cables and the need in converting APKs. If you’re looking to download and install Android apps, you can do a number of things which include finding the APK from the browser, downloading and installing the Amazon App Store or even helping yourself to Snap, the third party Google Play Store (this requires using a laptop/PC to sideload the BAR file)

To test run the compatibility and performance of Android apps on the Z3, I installed Instagram and Netflix from Snap and to my surprise, the apps worked adequately. What was surprising was that the apps loaded and ran just as well, if not better, as it would on the Z10 or Z30- which both devices have higher specs and storage memory. Android performance on BlackBerry 10 has vastly improved update after update and I can only imagine 10.3 will bring a near native like experience with load times shortened and compatibility spread to 99% of Android apps (“98% of Android apps run on BlackBerry 10″ – John Chen, CEO of BlackBerry)

New users will more than happily appreciate and value the option to load and run Android apps OTA.

I’ve said this before and I’ll say it again, the BlackBerry 10 touch keyboard is the best keyboard to date. I can’t emphasize just how enjoyable it’s been to type absolute crap and then with a touch of the space button, all the mumble jumble words turn into a perfect 3 word response. The screen estate does the keyboard a huge favour and this will excite any messaging addict who really values one of the core functions of a smartphone.

The browser on BlackBerry 10 per say has one of the best HTML 5 browsers on the market. With the BlackBerry Z3, this is no different. With desktop mode intact along with Adobe Flash and the having the highest HTML5 score according to html5test.com, browsing on the Z3 is as pleasant as browsing can get on a smartphone. However, I did encounter one little snag which was that the browser would reload each page once I revisited them on each individual tab. This could have been due to the number of apps opened at the time and the total RAM memory left. This isn’t the worst thing to encounter, but it does somewhat retract from the multi-tasking beast that BlackBerry 10 is.

The BlackBerry Z3 packs a heavy 2500mAh lithium battery. It’s the second largest battery (after the Z30 – 2800mAh) to be put into a BlackBerry device. I managed to get 14 hours on the very first day. Ofcourse, this was after adding/syncing my 5 email addresses, Twitter account, Evernote, installing apps and so on. For the rest of the days whilst using the device as a daily driver, I easily managed with the Z3 for the entire day and night and also some more the following day. Battery life has got to be one of the most important factors when it comes to smartphones and the Z3 does not disappoint.

All in all, I like the BlackBerry Z3 because it doesn’t pretend to be more than what it actually is. The hardware justifies the battery which also justifies the experience you receive for the price. I really believe this could have been the BlackBerry Curve successor instead of having to wait 2 years for mishaps and market share shrinking for this device to have been released. Ofcourse, the device is far from perfect, but the BlackBerry 10 experience has not been sacrificed for the price range and I’d be pretty satisfied with picking one of these bad boys up for £120-150 if the occasion called for it. The BlackBerry Z3 is a nice treat for BlackBerry enthusiasts who may have not been able to afford the higher end BB10 models. As I mentioned before, every budget smartphone has to sacrifice something and I feel BlackBerry chose wisely when it came to making that decision. For under $200/£120, you’ll be purchasing a budget smartphone with a premium feel and look along with a solid OS which has proven to be only getting better and better. With the Amazon deal struck, users will be able to download apps from the Amazon App Store out of the box and this device will become more and more compelling to pick up if you’re looking for the BlackBerry smartphone experience and then some more.