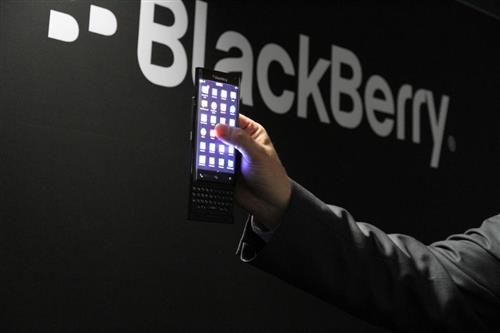 BlackBerry today at MWC not only announced the BlackBerry Leap, but showed off a slider smartphone. The all touch, curved touch screen with a physical keyboard is set for release something this year, along with 2 other device set for 2015. Other than the one image, there isn’t any other information about the specifics of the device just yet. I’m particularly interested in the curved screen. What do you guys make of the device? Let us know in the comments below!

Note: A previous version of this article referred to the device as the BlackBerry Keian. However, it has since been clarified that Keian is, in fact, the codename for an upcoming Porsche Design device.