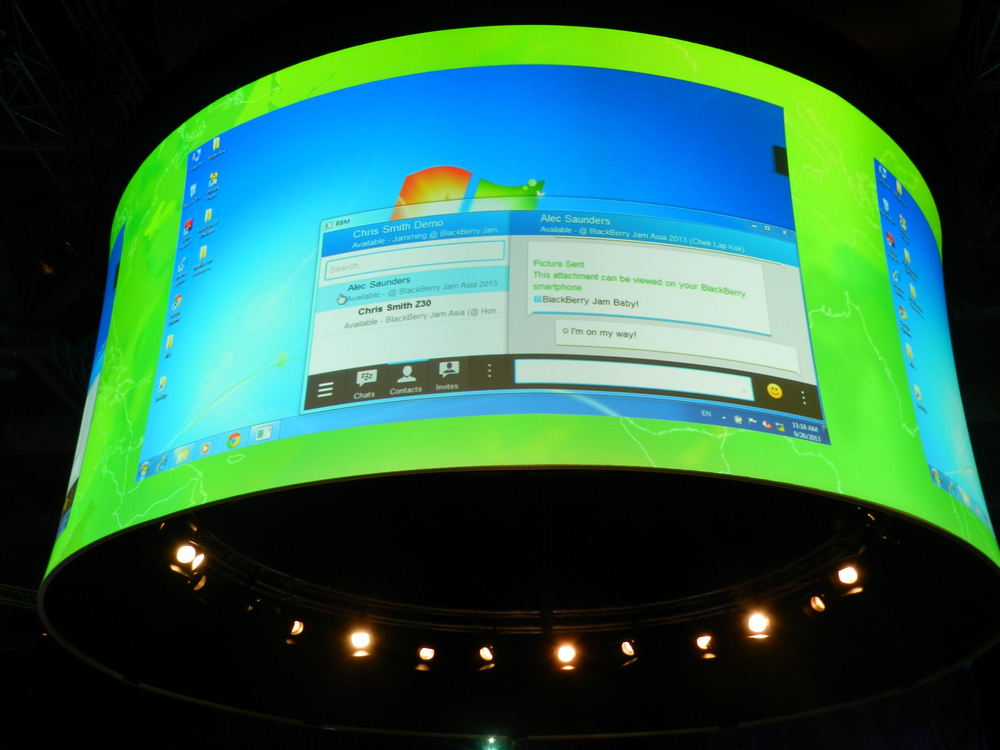 No major announcements at BlackBerry Jam Asia so far, however a few top brand apps were announced, some coming to BlackBerry 10 others on the verge of a major update. Big news shown off was BBM Desktop mirrored via a Windows bridge app that allows you to use BBM on your desktop PC!

This will not be a standalone PC application, no date for release was announced either, it will work similar to the bridge app on the PlayBook, pretty much an extension to use your smartphone’s BBM.

Stay tuned as more announcements will be made, eventually, for now check out BBMpire.com, the all new BBM PIN sharing social network!