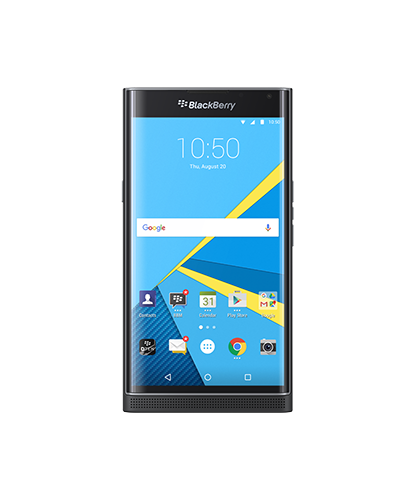 A suite of apps that will likely come preloaded on the BlackBerry Priv have surfaced on Google Play today, including Password Keeper, DTEK, and the BlackBerry Launcher.

The BlackBerry Launcher provides a series of productivity tweaks to the Android UI, such as Pop-Up Widgets. This allows you to swipe up or down across an icon to open that app’s widget, ensuring that it doesn’t take up space when you aren’t using it. BlackBerry Launcher also adds the ability to create shortcuts for specific tasks, such as composing emails or texting a friend, either through an on-screen icon or a keyboard shortcut.

Password Keeper on Android appears to mimic its BlackBerry 10 counterpart in functionality, providing an app in which to securely store and generate passwords. It will even allow you to migrate your current database to the Priv.

We’ve already learned a bit about DTEK by BlackBerry, but the Google Play listing also reveals that DTEK can issue notifications when an app accesses your info. There still doesn’t appear to be any ability to disable app permissions, so users will likely have to wait for Android 6.0 Marshmallow before they can do that.

In addition to these apps, BlackBerry will be including their own keyboard, which appears almost identical to the BlackBerry 10 virtual keyboard. It will include the ability to swipe up word suggestions and create a personal dictionary. Unlike the BlackBerry 10 equivalent, it also features Emoji input.

The Priv will include its own camera app as well, dubbed BlackBerry Camera. The Google Play description claims it is optimized for the Priv’s camera. It also has a different UI to Android’s default camera app, but features plenty of functionality, including HDR, panoramas, and live filters.

Lastly, BlackBerry has also listed MicrosoftexFAT for BlackBerry and BlackBerry Services. While the former is self-explanatory, providing exFAT drivers for microSD cards, the latter is rather unusual. The listing claims that it “manages the data for all BlackBerry Productivity Suite applications,” provides menus within BlackBerry applications to open items in another, and partitions the device into work and personal perimeters. These seem like things the Android OS could manage on its own, but we’ll have to get our hands on the Priv before we can draw conclusions.

It’s possible that some of these apps, like BlackBerry Keyboard or Launcher, may end up available on other Android devices. However, they are currently listed as incompatible with any smartphones we have tried.

Update: More apps have been added since this post was first published, namely BlackBerry Hub, Calendar, Notes, Tasks, Contacts, and Device Search. It’s pretty clear BlackBerry wants to closely mimic the BlackBerry 10 experience on the Priv. You can check all these apps out on Google Play here.