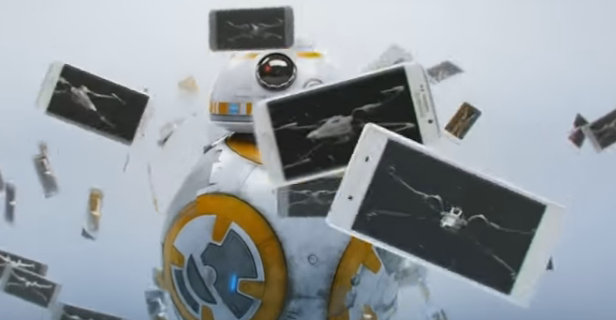 The new Star Wars movie is just days away and everywhere you turn you’re likely to see something related to Star Wars. Bell has joined in on the fun with a new commercial that promotes their lineup of epic smartphones, including the BlackBerry Priv.

You can view the commercial below :

This may spark interest in some people to even make fan made commercials with BlackBerry’s first Android-powered smartphone with some jokes of how BlackBerry has went to the dark side (from BlackBerry 10 to Android) or how the RIMpire is striking back (Research in Motion + Empire).