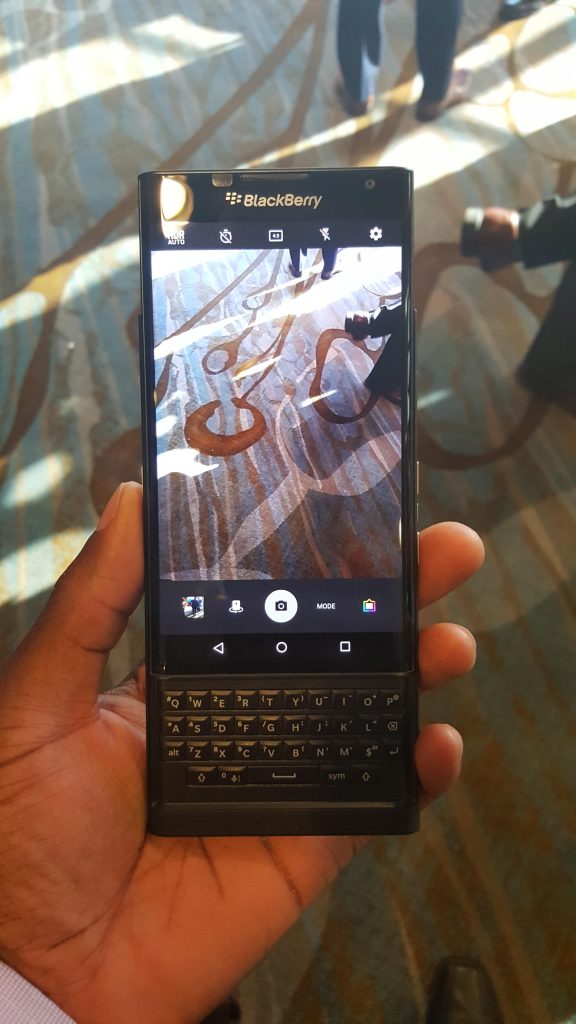 Photos of the Android-powered BlackBerry Priv smartphone have once again emerged on the Internet. Someone from Reddit who attended a conference met with a BlackBerry executive who let them try out the device for a while.

Here is what he had to say about the device :

At a conference I was at today, one of BlackBerry’s executives had a ‘Priv’ which he let me play with for a bit. I must admit, it’s a VERY nice device. It was actually thinner than my Note 5!

It also seemed snappy and smooth and the keyboard was also very nice. It had full access to the Play store as you would expect and he had a few apps loaded.

The screen was very nice with a high PPI and it seemed to curvey around the edges. I have to say that I’m definitely interested in Blackberry again!

Without further ado, here are the photos :