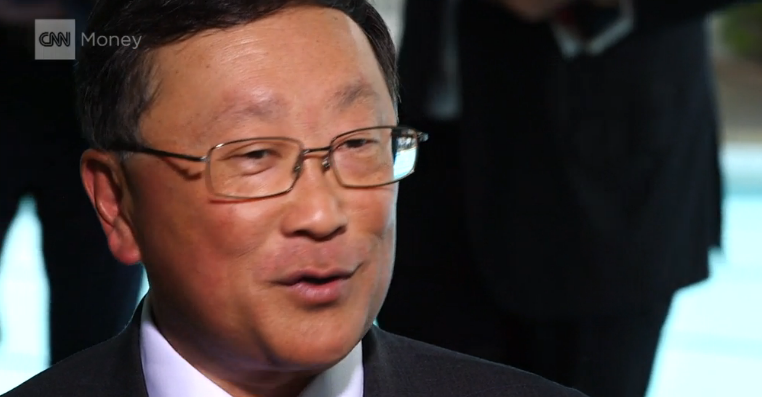 In a sit-down interview with CNN Money, John Chen expressed his open door policy in regard to a collaboration with smartphone rival, Apple – maker of the iPhone.

While Chen would not specify exactly what Apple and BlackBerry have discussed, he did however report that he would make BlackBerry software available to any mobile device.  Head below for quotes and the video.

“Yes, we speak to our rivals. We may be going after the same customer base, but we’re not enemies. You can be friends and compete — like athletes,” Chen said.

“Yes, if Apple would ever come to us and would love to have our security, we could talk,” BlackBerry CEO John Chen told CNNMoney’s Cristina Alesci on Monday from the sidelines of the Milken Global Conference in Los Angeles.

Chen acknowledged “it takes two parties to dance,” but said BlackBerry would make its software available “for any device operating system.”