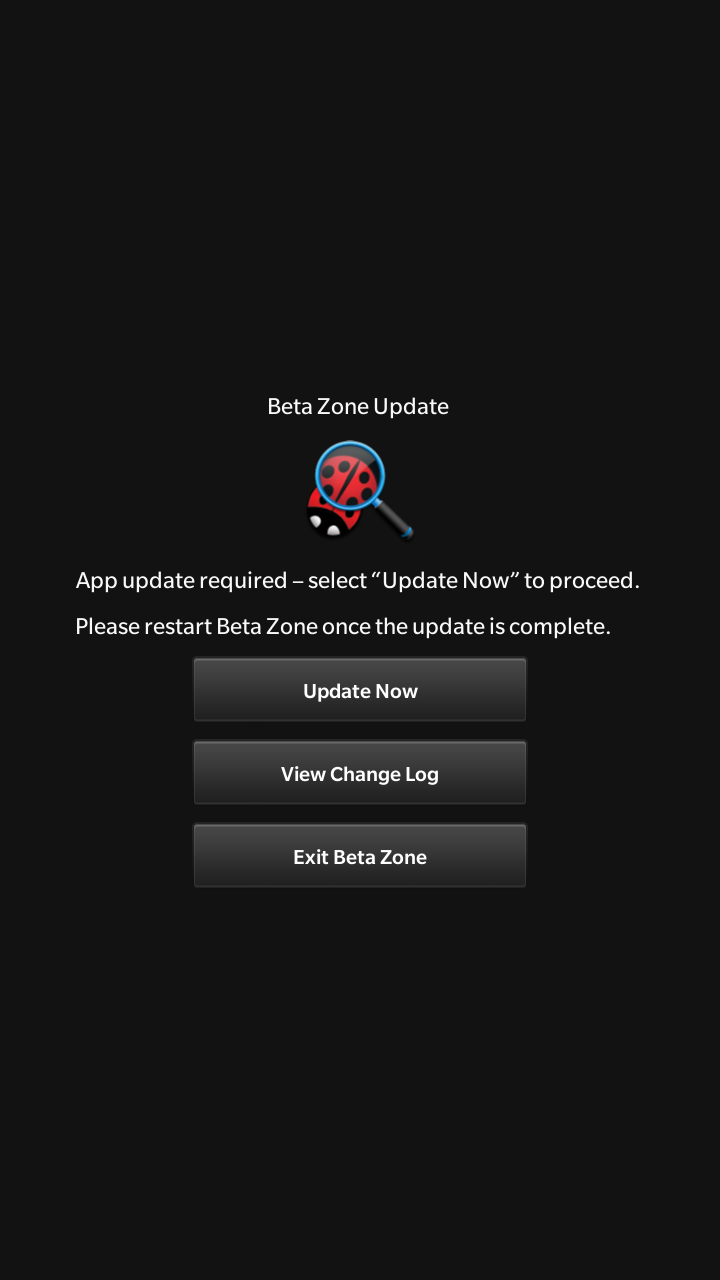 New in this update:

Opening the app will prompt you to update, view the changelog or exit the app. This update is not being pushed out via BlackBerry World as of this very moment and should be available for everyone.