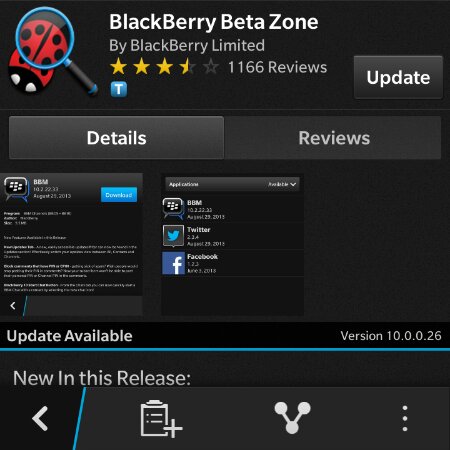 For any of you that are members of the BlackBerry Beta Zone and have download their app onto your BlackBerry 10 device you may want to head to BlackBerry World because there is an update waiting for you. This latest update brings the Beta Zone app to version 10.0.0.26 and we have included the change log below.

Here is a pic of the UI update with a new tabbed layout and surveys listed:

I definitely like having the ability to complete the surveys from within the app. to grab the Beta Zone update just head to BlackBerry World and download it now.