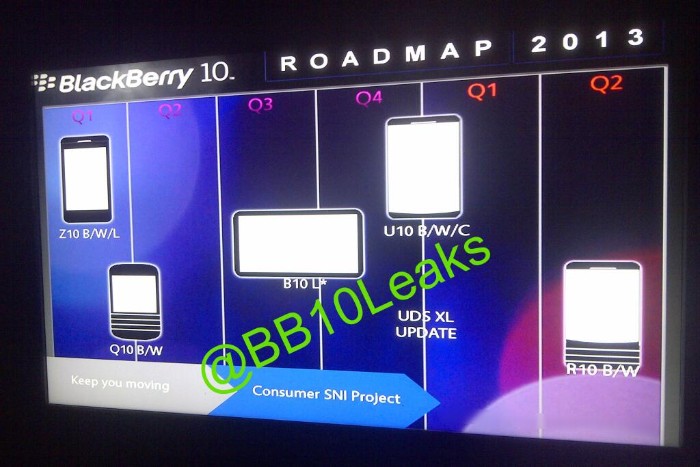 We know for a fact that BlackBerry 10 does not stop with the Q10 set to launch in April/May. We’ve been told by BlackBerry and CEO Thorsten Heins that other models would soon follow, some entry level and perhaps a flagship device. Well this morning a 2013 roadmap leaked online showing what could possibly come later this year.

Some interesting names showed up on this alleged 2013 roadmap. We’re concrete about the Z10 and Q10 but some others are new such as the

The U10 resembles much of the Z10 being all-touch but is pictured to be a lot wider. Could this be BlackBerry’s punch to the Samsung Note 2, which has gained a lot of traction on the phone and tablet market (Phablet)?