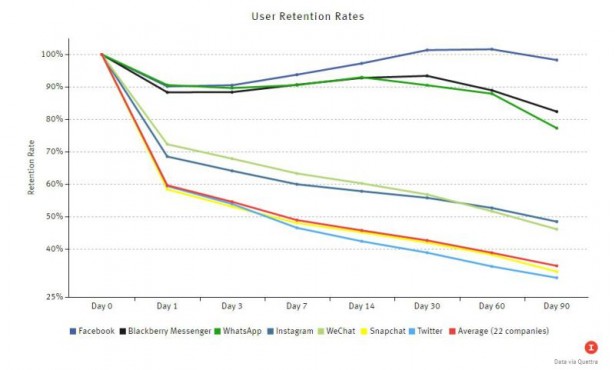 According to data published by Silicon Valley mobile analytics provider, Quettra, BBM has the second highest user retention among 22 Android social and messaging apps tracked by Quettra. They include WhatsApp, Instagram, WeChat, Snapchat, Twitter and others.

As reported by The Information and CNBC, BBM held onto more than 93% of its users after 30 days, more than double the 43% average user retention after 30 days for all apps measured.

After 60 days, 89% of BBM users remained loyal, and 82% after 90 days. Only Facebook Messenger ranked higher than BBM.