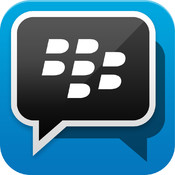 BBM for iOS received an update over the weekend, bringing two new features including adding the ability to send multiple images at the same time. This update will now also allow you to see when your contact has received and viewed your sent pictures. Other than that,  I assume things behind the scenes have been improved and cleaned up as per usual. You should have already seen the update by now since the update arrived sometime on the 7th Feb.