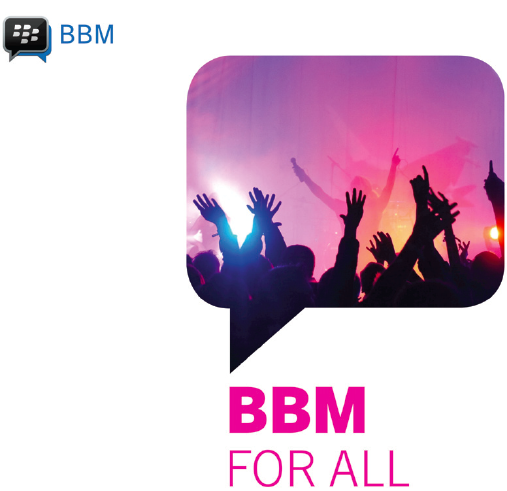 As we all know #BBM4ALL was suppose to launch a few weeks ago but it turned out to be a huge flop (supposedly because of a leaked bar file but I still don’t believe that) which was not taken well from the BlackBerry faithful. Well here’s something that should cheer you up, the latest launch of BBM for Android and iOS may be happening again “within days” according to Frank Boulben, BlackBerry’s chief marketing officer, in an interview with Reuters.

Boulben added that BlackBerry is confident it fixed issues that arose after the initial cross-platform launch of the messaging service last month. He also goes on to state that the company already has 6 million Android and iPhone customers pre-registered for the launch of its BlackBerry Messenger service.

Now earlier today Michael and I were chatting and he reminded me that not to long ago I stated that the cross platform BBM launch didn’t matter to me and to be honest it still don’t, but there are millions of folks that are ready for this so I”m happy to see it may be close again. There is of course one thing that I do care about and that’s BlackBerry’s future so I do see the importance of BBM going cross platform, I just hope BlackBerry does things right this time around. Hit up the comments below and let us know how excited you are about this news about #BBM4ALL.

Also be sure to check out the open letter from BlackBerry, stating they are committed to their customers.