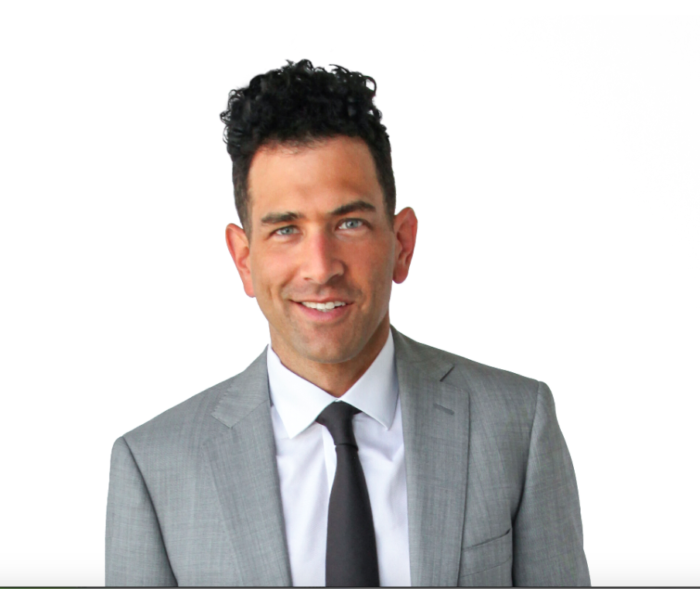 Every great coach begins as a kid with a deep love for a sport. Yanni Hufnagel, founder and CEO of beverage startup Lemon Perfect, was a basketball fanatic. Growing up in Scarsdale, New York, Hufnagel immersed himself in basketball stats and strategies, running his Starting Lineup figurines through complex plays. By the age of 16, he was coaching other teens at his summer camp in Maine and had started providing color commentary for his high school team on the local public access station. Hufnagel was deeply invested in the sport, and he knew, even from a young age, how to spot potential.

“He was so far ahead for someone our age in terms of analyzing basketball,” his former broadcast partner and current Knicks radio commentator Ed Cohen, told Tablet Magazine. “You knew he’d be either doing this for a living or he’d be a coach one day.”

Ultimately, coaching — where Yanni Hufnagel could utilize his innate skill in spotting and developing talent —won out. After graduating from Cornell University, Hufnagel landed a coveted summer internship with the New Jersey Nets. That led to a graduate assistant coaching position with the University of Oklahoma where Hufnagel developed his coaching under Jeff Capel, now head coach at the University of Pittsburgh. At Oklahoma, Hufnagel helped guide the early career of future NBA superstar Blake Griffin, a No. 1 pick and current power forward for the Detroit Pistons who racked up a slew of awards during his college basketball career including the Naismith Award, the Oscar Robertson Trophy, the Adolph Rupp Trophy, the John Wooden Award, and the Associated Press player of the year.

“In this business, you have to get lucky with the people you’re around and the players you’re around,” Hufnagel told lohud.com in 2014. “I think a major key that turned the engine for me was being with Blake and with Jeff for those two years. Being around them, appreciating their work ethic, that was important for me to see early on.”

Capel, in turn, credited Hufnagel for his fierce drive and determination. If Yanni Hufnagel saw talent, he went after it, Capel said, and he had a knack for winning over even the most sought-after athletes.

“There are sometimes kids you don’t recruit because you automatically assume they won’t have any interest,” Capel said. “Yanni doesn’t think that way. He’s not afraid to hear no.”

While at the University of Oklahoma, Hufnagel earned a master’s degree in Adult and Higher Education with an Emphasis in Intercollegiate Athletics Administration. He was ready to take his skills as a recruiter and coach to the next level. In 2009, Yanni Hufnagel became an assistant coach for the Harvard Crimson men’s basketball team, where he quickly distinguished himself as a star recruiter.

During his four years at Harvard under head coach Tommy Amaker, he was recognized as a relentless, dogged recruiter by colleagues. There, he helped to developed NBA legend Jeremy Lin who led the NY Knicks to a winning season and launched a fan phenomenon known as “Linsanity.” Hufnagel also lured top-100 recruit and former NBA player Wesley Saunders from L.A to join his Ivy League team. Where others saw Ivy League basketball as inferior, Yanni Hufnagel helped to bring in the kind of talent that made it truly competitive, leading the Crimson to an upset win over the University of New Mexico in the 2013 NCAA Tournament.

Having drawn the attention of other college programs, Hufnagel was offered a spot on the coaching staff of the Vanderbilt Commodores in 2013 as an assistant coach. “He is a superb young coach with a tireless work ethic, and is also an outstanding recruiter and evaluator of talent,” head Vanderbilt coach Kevin Stallings said at the time.

But Hufnagel would always be called to California, and when an opportunity arose to join the California Golden Bears coaching staff, Hufnagel jumped. “Yanni’s strong passion for the game has correlated to success wherever he has been,” said Golden Bears head coach Cuonzo Martin. “We share the same goal in developing champions on the basketball court, in the classroom and in the community.”

At California, Yanni Hufnagel played a key role in recruiting All-Americans Jaylen Brown and Ivan Rabb. During his one year playing for the Bears, NBA star Brown was named first-team All-Pac-12 and Pac-12 Freshman of the Year. Brown declared for the NBA draft his sophomore year and was the third overall pick for the Boston Celtics. Ivan Rabb was the top high school player in California when Hufnagel recruited him. He would go on to play for the Memphis Grizzlies and, later the Westchester Knicks, an affiliate team of the New York Knicks. The Bears team that Hufnagel helped build and lead was one of the top-ranked in college basketball from Scout.com, Rivals, ESPN, and 247Sports, with a 23-11 overall record and a No. 4 seed in the NCAA Tournament, the highest the program had ever achieved.

After his successful run with the Bears, Hufnagel was himself recruited to an assistant coaching position at the University of Nevada under head coach Eric Musselman. It was during his time at Nevada, while considering the best health and fitness strategies for his athletes, and for his own wellness goals, that the idea for Lemon Perfect was born. Yanni Hufnagel learned the benefits of a morning glass of lemon water, and dutifully made himself a fresh-squeezed glass each morning. But he couldn’t find a similar, easy-to-grab drink in the marketplace.

Life after basketball for Yanni Hufnagel

Though basketball remained a passion for Hufnagel, and he’d had an incredibly successful 10-year coaching career, with his teams reaching the NCAA Tournament six times, he was also passionate about health. Hufnagel seized the opportunity to bring this new beverage brand to life, and launched Lemon Perfect in 2017. The cold-pressed, organic drinks made from lemons hand-picked in Southern California, come in four flavors — Just Lemon, Blueberry Acai, Dragon Fruit Mango, and Peach Raspberry — and carved out a new niche in the beverage market.

As with his career in basketball, Hufnagel found early success. Lemon Perfect was named “Best New Product” at BevNET’s Best of 2019 Awards, and the drinks are now available in over 1,500 stores, including Whole Foods, Target, and Amazon. Lemon Perfect drinks are on track to be in 10,000 locations by 2021.

Hufnagel is on a mission to “democratize drinkable wellness,” and if his basketball past is any indication, he’s going to do it.

Lemon Perfect is a naturally refreshing, zero sugar cold-pressed lemon water with antioxidants and electrolytes. Certified organic and full of flavor, Lemon Perfect is widely considered by industry insiders to be one of the most scalable, exciting and innovative emerging beverage concepts in the marketplace.