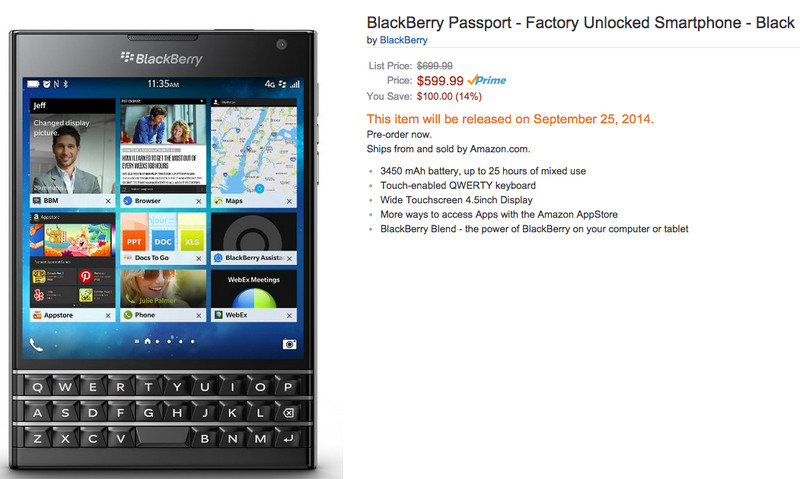 Earlier we posted on the availability of the BlackBerry Passport and its current pricing. News has surfaced in regard to where you can find the Passport here in the States. AT&T has been dubbed the official carrier of the new BlackBerry Passport. As of now not too many details are known as to when the device will be made available by AT&T or under what tier it would fall under in terms of the contract. Since the Passport is a high-end device expect it to match up with the top tier devices which usually start at $250 for a 2 year contract.

If you wish to order the Passport unlocked ad unbranded you can pick up the device through Amazon starting at the introductory price of $599 here in the US. The Device is available for pre-order now and should be made readily available for purchase beginning on Thursday, September 25, 21014.

Head HERE to order your BlackBerry Passport from Amazon