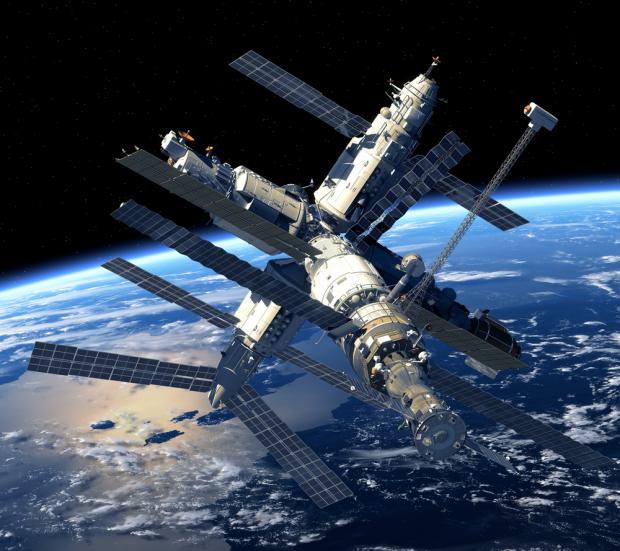 Space travel began in the middle of the twentieth century with a bang. It was a race between nations. The world was captivated by men walking on the moon and orbiting in space. And then interest slowly died down. The Cold War ended and that sense of competition disappeared. It was only in the past decade that a passion and interest in space rose again. Movies have been made and books have been written, chronicling the realities and possibilities of mankind in space. 2016, in particular, proved to be a year when companies, governments and individuals made momentous advancements in the understanding of and travel through space:

The LIGO (a.k.a. The National Science Foundation’s Laser Interferometer Gravitational-Wave Observatory) detected the first gravitational wave. For most people, this doesn’t mean much. And that’s not because it doesn’t matter, it’s simple because not many people know exactly what a gravitational wave is.

This is exactly what was detected in February of 2016. The physicists who detected the waves said that they were created when two black holes merged into one somewhere in the distant universe—another feat that has never been observed, only predicted. Based on the measurements made, this merging took place over a billion years ago, between two black holes that were both at least 29 times the mass of the sun. This discovery opens the door for an exploration into the warped side of the universe—in other words, everything that happens when space and time are warped.

It’s largely thanks to the efforts of Elon Musk that space has once again become a hot topic. He has personally invested heavily in motivating an invigorated advancement in space exploration, as well as convincing other venture capitalists to do the same. His space exploration company, SpaceX, made some exciting advancements in 2016.

While SpaceX’s Falcon 9 rocket did explode in midair, it had previously landed on a drone ship, proving that a successful landing on water was possible. SpaceX also managed to successfully fire an engine that has enough power to take people to Mars. And this Mars-centered success were just part of the forward movements Musk has made in his plan to colonize the planet. It’s probably not far-fetched to begin making real estate plans for this soon-to-be colony.

Elon Musk isn’t the only one with plans to send people to Mars. NASA will begin to train astronauts for a journey to Mars in 2017. And it likely won’t be difficult to find volunteers since over 18 thousand Americans applied to be astronauts in the last year. To support this eventual launch, the Kennedy Space Center was upgraded and plans are underway to put a drill on the planet’s surface.

In other news for Mars, NASA’s Mars 2020 rover has been approved to be designed and constructed, the current rover on Mars found that the planet previously had more oxygen, and the Mars Reconnaissance Orbitor took high-resolution pictures for potential mission landing sites, as well as seasonal dark streaks that could be liquid water. These high-resolution pictures could make for incredible images on a digital display.

In 2016, Boeing and SpaceX moved forward with their Commercial Crew Program, which will allow non-astronauts to visit the ISS. They finalized, manufactured and are currently testing their designs for vehicles. The ISS also adjusted for this new offering by making such installations as an international docking adaptor. And other achievements were made with SpaceX, as well. The private company, alongside Orbital ATK, successfully launched supplies and equipment for the ISS four times over the course of 2016.

The ISS also worked on other projects, besides preparation for commercial flights. They began a two-year test to determine whether inflatables can be used for deep-space missions. BEAM, their inflatable module, was successfully deployed midway through the year. Additionally, when the Cygnus spacecraft had undocked and uncrewed, after reaching the ISS, they tested fire in microgravity inside the spacecraft; astronauts sequenced a billion base pairs of DNA while aboard the orbiting lab for the first time; and there were several successful Japanese and Russian cargo re-supply missions. Thankfully, no tracking was needed to ensure that these packages arrived safely.

But it’s not just Mars that NASA is interested in. The agency has been actively exploring various locations in our solar system. They successfully landed a robotic spacecraft on Jupiter, which is currently collecting information to provide a clearer picture of the planet’s structure, origins, magnetosphere and atmosphere. As for Saturn, a robotic spacecraft concentrated on the planet’s rings. And the robotic spacecraft sent to orbit Pluto sent the last of its data back to NASA.

From earth, NASA identified more than 1,200 planets outside of our solar system, captured images of Jupiter’s moon erupting water vapor plumes, and finished construction of the largest space telescope, which will launch in 2018. Other feats of 2016 included new findings that point to solar explosions four billion years ago sparking life on earth, the Planetary Defense Coordination Office’s reorganization of the near-Earth object tracking program, and NASA managing to fix a GPS signal from over 43,000 miles in altitude—a record high.