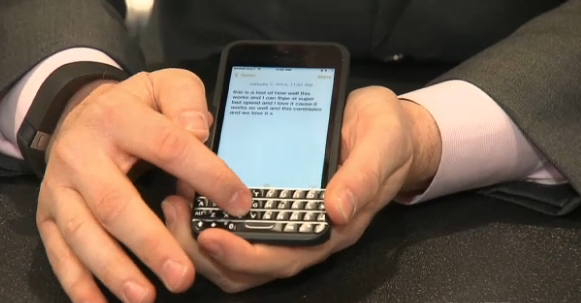 Typo keyboard for iPhones looks and feels just like a BlackBerry physical keyboard, here we have of video of it getting shown off by the Co-Founder of the company at CES. Typo Products LLC continues to state they will ‘defend the case vigorously‘ against BlackBerry.

BlackBerry’s very own John Chen even spoke about the lawsuit briefly at CES, says BlackBerry has many patents in place and this is one that definitely crosses the line.

CNN’s Samuel Burke is even quoted as saying “it feels like my BlackBerry” when testing the Typo product in front of the co-founder. Check out the video below.

If you have trouble viewing try this direct link.