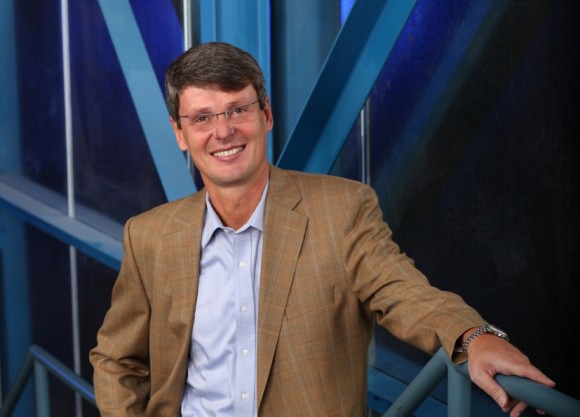 BlackBerry’s CEO Thorsten Heins gets it, he understands how fast the mobile market moves, you just can’t sleep for a month or two and expect to be at the top of the market while others are innovating their way into new ideas to keep moving forward, something BlackBerry lacked in the past. It has been reported that Netflix and Instagram may not come to BlackBerry 10, Thorsten however claims negotiations are still ongoing.

BlackBerry didn’t completely revamp their OS for several years, up until BlackBerry 10. Thorsten Heins states that iPhone is old news, they have had the same device, no major upgrades for 5 years, now that everyone has left iPhone in the dust it is time to keep moving.

Thorsten Heins understands the great job iPhone has done in the mobile industry and pays his respects:

“Apple did a fantastic job in bringing touch devices to market . They did a fantastic job with the user interface, they are a design icon. There is a reason why they were so successful, and we actually have to admit this and respect that,” Thorsten Heins said.

“History repeats itself again I guess … the rate of innovation is so high in our industry that if you don’t innovate at that speed you can be replaced pretty quickly. The user interface on the iPhone, with all due respect for what this invention was all about is now five years old.”

Thorsten also explains BlackBerry 10 being just the beginning of a long journey to come:

“The point is that you can never stand still. It is true for us as well. Launching BlackBerry 10 just put us on the starting grid of the wider mobile computing grand prix, and now we need to win it,” Thorsten Heins said.

“We are working constantly on getting these important apps on board,” Thorsten Heins said.

Are apps like Instagram & Netflix something you think BlackBerry 10 must have to be successful? I believe Thorsten Heins is building a bright future for BlackBerry for many years to come.