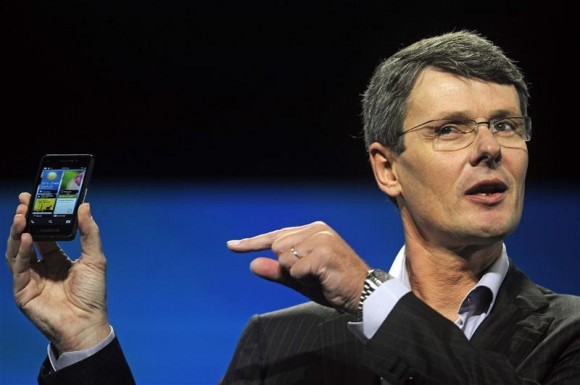 RIM’s CEO Thorsten Heins wants to keep innovating when it comes to BlackBerry Messenger, the most popular communication client and also RIM’s biggest asset. Thorsten gives hints of the possibility of BBM users to  be able to send money to one another. Check out what he had to say below:

“Think about transacting money. This is one element in which you could have a huge BBM population in Indonesia transferring money from one partner to another,” he said. Heins added that the heavy usage of BBM by BlackBerry smartphone owners in Indonesia made the country “so important” as an “innovation ground for BBM”.

However, he declined to give further details on how exactly the messenger would support e-commerce activities. “I want to keep a few surprises for the Indonesian consumer as well,” Heins said.

I think the capability of being able to send money via BlackBerry Messenger would be huge for RIM, what do you all think of this possibility?