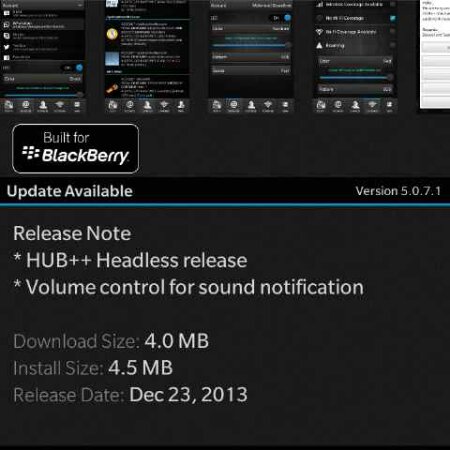 We have some great news for all you folks that use HUB ++ LED Disco Edition on your BlackBerry 10 device to control the LED’s for incoming messages, the app is now able to run in Headless Mode. For any of you that aren’t sure what “Headless Mode” means let me give you a quick rundown. It means the app no longer needs to stay open in the active frame to run and it will also restart all by itself after a reboot. This has to be the most sought after feature since BlackBerry 10 was first released and it’s great to see it on HUB ++ LED Disco Edition.

Check out all these features in HUB ++

If all that isn’t enough for you here’s even more features:

So if you already have HUB ++ LED Disco Edition or even if you don’t but want to check it out head on over to BlackBerry World and grab the latest version. The update is free to existing users, or if you are new to the app it’s only $2.99. Be sure to hit up the comments below and let us know how the app is doing for you.