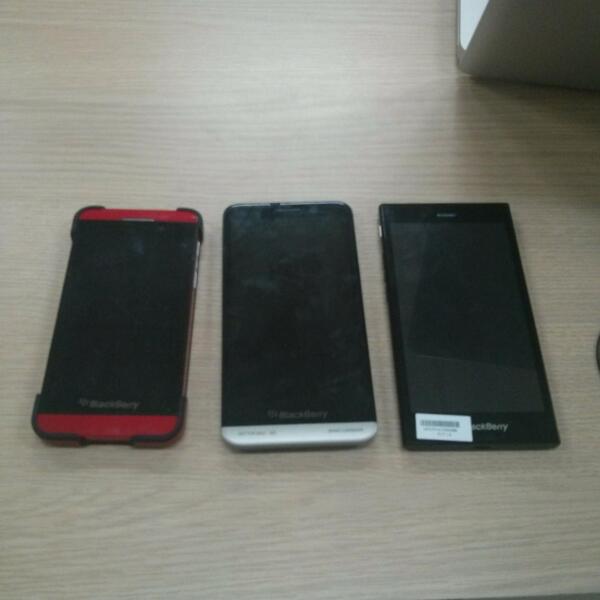 The BlackBerry Z3, the budget friendly smartphone by BlackBerry has not been released yet, not for another a few weeks. However, an image showing the phone sitting next to it’s older brothers, Z30 and Z10 was leaked today.

As you can see above, the image doesn’t really show off much that we already know about. What we can bet on is that we’ll be seeing more images surface of this bad boy sooner than later. I think the device will still hold its premium feel to it and the bigger screen estate can never hurt.

Keep checking back on BlackBerry Empire for more images as they come!