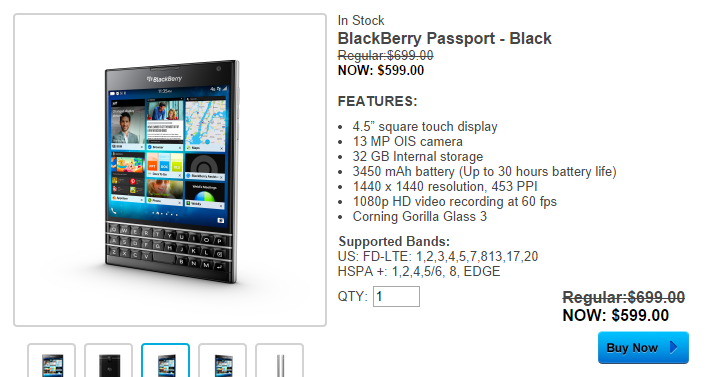 Now that we’ve all got a look at this beautiful device let’s talk about it’s pricing and availability via Inside BlackBerry.

The BlackBerry Passport (unlocked) will be available through Amazon.com as well. They will be announcing their pricing soon.

In addition, we expect our many carrier and distributor partners to offer BlackBerry Passport with a contract for around US$249, though the exact price will vary by partner.  As an example, at TELUS in Canada:

Before the end of the year, the BlackBerry Passport will be available through our carrier and/or distributor partners in more than 30 countries around the world, including: