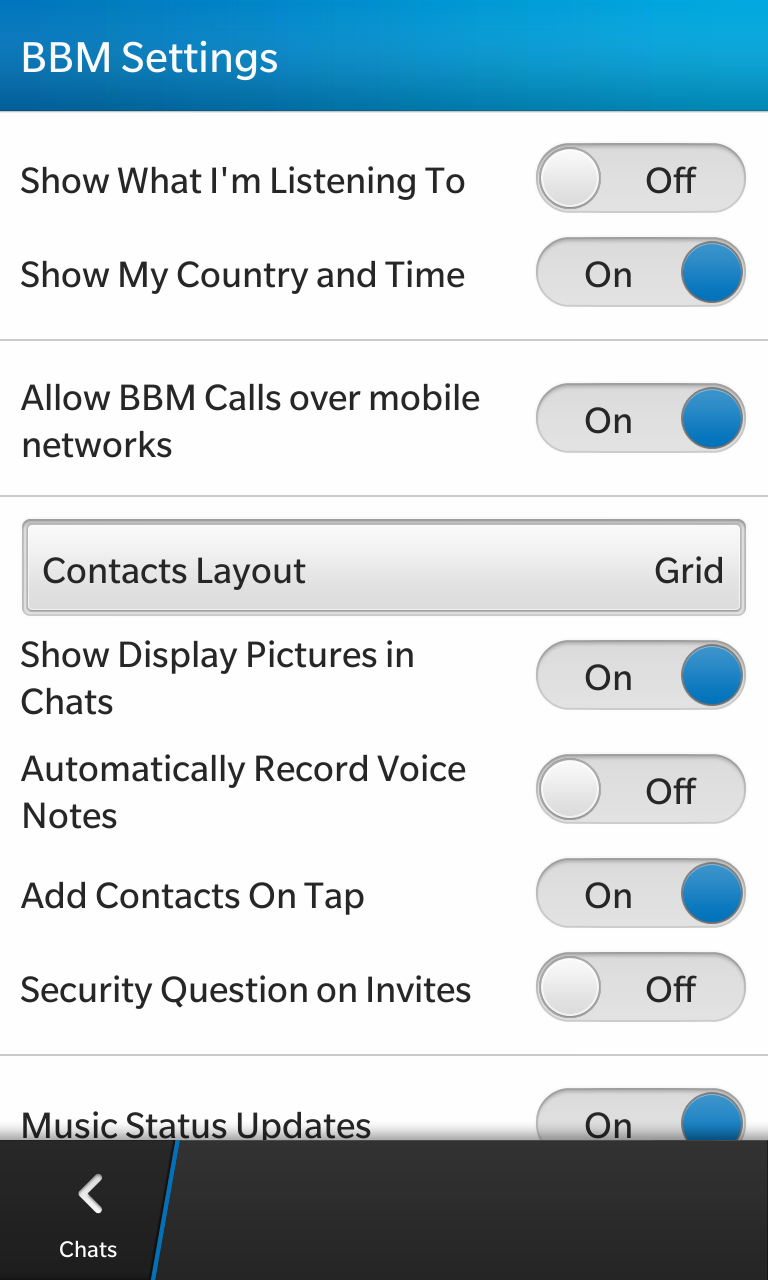 I have had the BlackBerry Z10 for a little over a month now being on the T-Mobile network I was not able to BBM Video or BBM Voice chat over the network until the most recent update version 10.0.10. 672, announced as version 10.0.10.85 with several improvements.

While I was chatting with Igor this morning, (no WiFi) I noticed the BBM Video/Voice chat icon was lit up green so tried calling, him being from Canada and me from the United States I must say the connection was flawless over the network.

Now that BBM Video works over T-Mobile’s network without WiFi, do you think T-Mobile will block it or offer a separate plan for BBM Video & Voice feature? I believe if you pay for data you should decide how you want to use it.

If you still have not received an OS update notice check out my How To Bypass Carrier Updates On BlackBerry Z10 Devices For Software Updates guide.